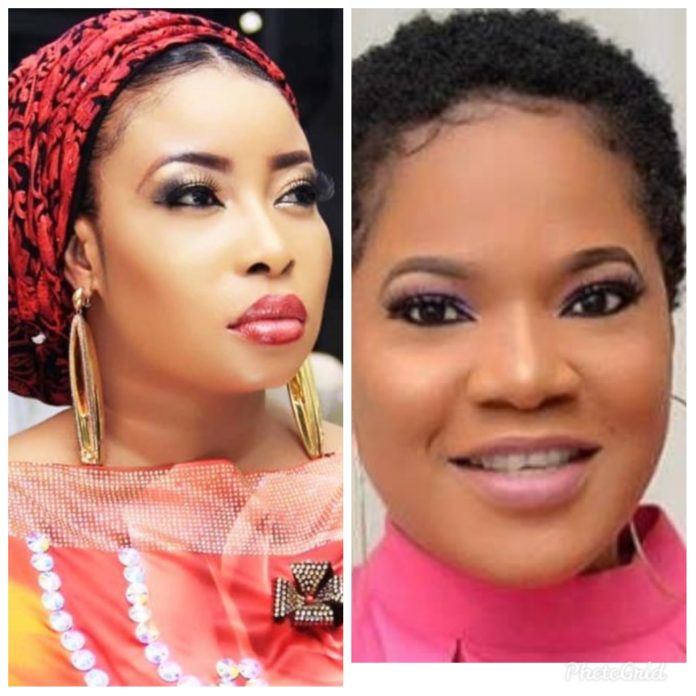 On the basis of accusation that Toyin sponsored attacks on her, Liz resulted into speaking ill of Toyin. Among things she said was that Toyin allegedly lied to have put to bed in United States of America while she actually did in Lagos and it was after she put to bed she allegedly went to look for costumes to make up for photo shoot all in the bid to back her claim that she was actually in the US. While Liz flaunted her costly possessions, she depleted Toyin’s reputation and status by calling her a poor who doesn’t have a car or own house of her own among several horrible things she said about the top talented actress, Toyin.

Meanwhile, Toyin has reportedly filed a law suit of 500 million naira against Liz for defamation.

Below is the video of Liz Anjorin’s interview.