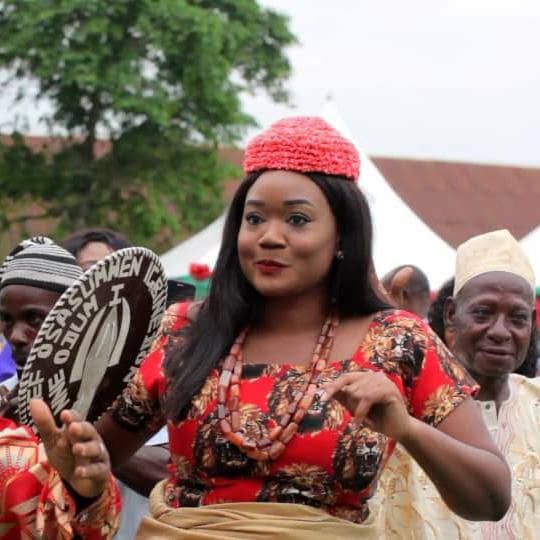 Anyone who has followed activities of Osasu, the daughter of former governor of Edo State, Chief Lucky Igbinedion closely, would have noticed something that is not very common in her and this is the fact that the young lady is not giving to walking in the shadow of her father. Osasumwen, who is better known as Osasu is fast carving a niche for herself with her fast rising television program tagged, ‘The Osasu Show’. 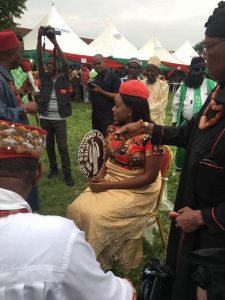 The delectable TV host, some days back was honoured with the title of Nne Odum I at the palace of His Royal Highness, Eze John Iheanyi Ikpeaba, the Alaukwu II of Isiala Mbato, Obingwa Local Government area of Abia State.