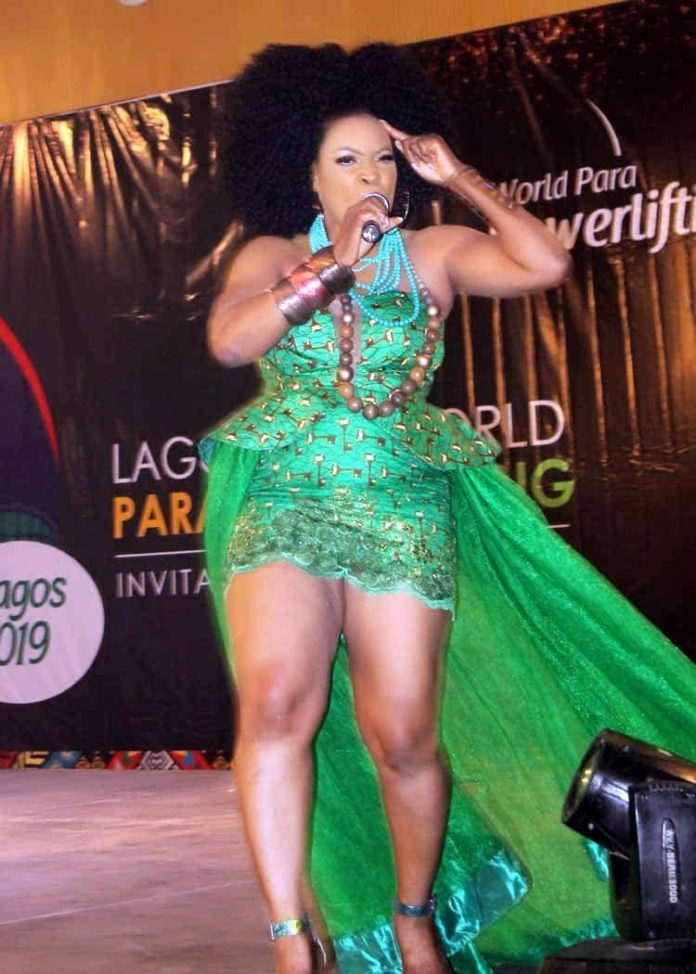 The much anticipated world Para Power-lifting competition scheduled to hold in Nigeria has finally kicked off with a opening ceremony. The sporting event billed to end 31st January kicked off with fanfare at prestigious Oriental Hotel.

While the opening ceremony has come and gone, one part of the event that will sure linger in the mind of those who were present was the presence of popular singer, Gift Iyuwame popularly known as Muma Gee. The Kade crooner, Muma Gee gave a good account of herself by adding spice to the gathering by rendering tunes that did not just thrilled the audience but made the atmosphere very exciting.

Gift Iyumame is a Nigerian singer-songwriter, actress, businesswoman, fashion designer, television personality and politician. Muma Gee’s first taste of stardom came through her song “Kade”, which became the title track of her first official album, released in 2006. The single’s accompanying music video received five nominations, including two from the AMEN Awards (Best Picture and Best Costume) and one each from the Nigerian Music Video Awards, the Headies Awards, and the Sound City Music Video Awards. She was also a contestant on the celebrity edition of Nigerian reality TV series Gulder Ultimate Search