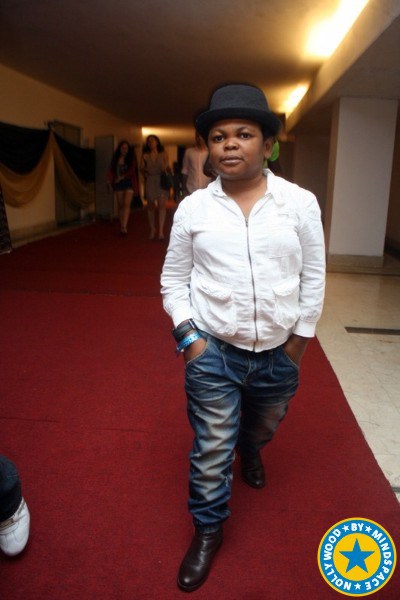 Popular actor, Osita Iheme, aka Pawpaw, speaks with TOFARATI IGE about his career, relationship with Chinedu Ikedieze and other related issues

What are some of the memories you have of your childhood?

Growing up was a bit rough for me. I used to dread the rainy season because our house used to be flooded with water. My parents would have gone to the market and I would be the only one at home. I used to think it was because we were poor, but whenever I see what the big men in Lekki go through, I realise that it was because of the area we lived in.

How did you get into the movie industry?

I used to live in Aba, Abia State, and my friend took me to a place where movie auditions were held. One day, I was chosen to feature in a movie and the rest is history. However, I have always loved to act. In those days,  I used to feature in  church dramas.

You recently opened a hotel. Why did you decide to go into that line of business?

It is an investment. I was motivated by the need to render services to humanity and create employment. We all know that the rate of unemployment in the country is high; so, I decided to look for a way to contribute my quota since I have the privilege to do that. Owerri is a tourism destination in the South-East. The hotel is another way to contribute to the growth of my state.

Is it true that the project cost you hundreds of millions?

It indeed cost a lot of money but I cannot give you a specific figure. Building a hotel is not an easy task.

You also established a record label, Young Boss Records. Is it still running?

Yes, it is still operational but things have been moving slowly because of the hotel project which I had to focus my attention on. It was one of the challenges I faced because I had to pay less attention to the record label while building the hotel. Now that I have finished building the hotel, I will devote more time to the label. We already have two artistes signed to the label and they have released a song each.

Do you also have plans to sing?

Definitely! I’m looking into that. Entertainment is vast and it encompasses music as well as acting. I think I have the singing talent in me. I don’t think it’s a bad idea for me to show another side of me. I have even recorded some songs in the past though they have yet to be released.

Some actors who delved into music were severely criticised in the past. Aren’t you worried that could also happen to you?

They were criticised because people did not like their music, not because of their decisions to sing. If I sing and people enjoy it, they wouldn’t have any reason to criticise me. People also criticise the known artistes; so, there’s nothing unusual about criticisms.

What kind of music would you be doing?

I will like to keep that to myself until I release my songs.

You also have a transport business. Do you have any experience as a transporter?

There was a time one of my staff had an accident. That was what drove me to establish a transport company that would run from the South-East to Lagos.

You once wrote a motivational book. How did that come about?

The book is titled, Inspired 101. I read a lot and one day, I was inspired and I decided to write my own book. I dedicated the book to secondary school students and I took it to the Universal Basic Education Board and they bought some copies for schools. Copies of the book are in the National Library and in different schools across the country. The book contains a compilation of my original quotes and others that I got from other books.

You have your hands in a lot of pies. How do you manage all these businesses effectively?

Maybe you should ask Dangote how he is able to manage his numerous companies. I have managers that handle each arm of the business; I only play a supervisory role. The business does not affect my acting career and my personal activities.

Do these businesses bring you more money than acting?

I wouldn’t say they bring more money but they support my acting career. Acting is not an everyday thing; there is no guarantee that you would get jobs all the time. One cannot depend only on acting because there is no security in it. Aside acting, it is important for one to also have another source of income. Acting is something that is done out of passion, not necessarily because you want to make money from it. I also carry out contracts and that fetch me a lot of money, much more than acting.

How have you been able to remain relevant in Nollywood?

It is primarily by the grace of God. Secondly, I always follow new trends and I  always  keep abreast of new developments in the industry. It is also about knowing what to do at the right time.

What were your ambitions as a child?

While growing up, I didn’t have anything particular in mind that I wanted to do. I just grew up and found myself acting. Like I said earlier, I started my acting career in church and from there, I picked up the interest to become an international actor.

Do you still have a political ambition?

By the special grace of God, I still have a political ambition. I have always wanted to be a leader so as to provide good things for my people. There is something that keeps pushing me to do that and I cannot seem to shrug it off. I know that when the time is right, the dream would become a reality.

What are some of the most memorable times of your career?

The days when I was at the peak of my career was a very memorable time for me. There were times that I couldn’t rest for five months at a stretch because I was busy shooting films everywhere. I used to sleep in hotels for months. There were times that we would finish shooting movies by 1am, only to begin shooting another one by 5am. Whenever I remember those days, I am amazed. I enjoyed it but it was fun and tough at the same time. As a young person, just coming into the industry at the time, the money was flowing in and it was really a nice period.

What are some of those personal qualities that helped you to get to this point?

Firstly, I respect my senior colleagues and I have good working relationship with my directors and producers. Even when there is no movie to shoot, I still communicate with them. While on set, I also respect my senior colleagues and I learn from them as well. It pays to be humble and have good relationship with people. I also watch my movies so that I can correct mistakes that I might have made.

If you were not an actor, what would you have become?

I think I would have become a footballer. Everybody in my family plays football and I used to play a lot. I knew that I could not really continue with football because of my nature. I could perform better as an actor; that is why I stuck with acting.

Do some of your fans treat you like a child because of the roles you play in movies?

They don’t relate with me like a child because they know that I an adult. I may act like a child in movies, but out there in the world, I am Osita. Sometimes though, fans can misbehave out of excitement and do certain things that would not go down well with you. For example, when I travelled to Benin Republic, a fan removed my cap and hit it on my head. It was embarrassing but I knew it was done out of excitement.

Is it true that you are no longer friends with Chinedu Ikedieze?

We have a perfect relationship. Meeting each other was a divine connection; it was God who brought us together. Don’t listen to whatever rumours that say we are not on good terms. What do you think can cause problems between two good friends?

Women, money or a host of other things.

Truly, those things can cause problems between friends but that is not our case. Whenever money comes, we share it together. We may have misunderstandings, like every other person, but we always reconcile and move on because we understand each other.

When are you going to get married and how do you handle female fans who may want to get intimate with you?

(Laughs). Don’t worry. When that happens, you would be the first to know. As for female fans, I let them know that I appreciate them as fans and would rather love to have them as friends.

I like a woman who is God-fearing and intelligent. I am not really particular about physical qualities.

Do you sometimes wish you were taller?

Not everybody in the world is tall. Some are short, and others are of average height. We cannot all look the same. I happen to fall among the short people and I have no regrets about that.

Has your height ever affected your relationship with women?

No, it has never.

How do you relax?

I play football a lot. I also read books, especially the Holy Bible. I watch TV and I also engage in exercises.

I love to look good. You know I am an Aba boy.

Culled from The Punch