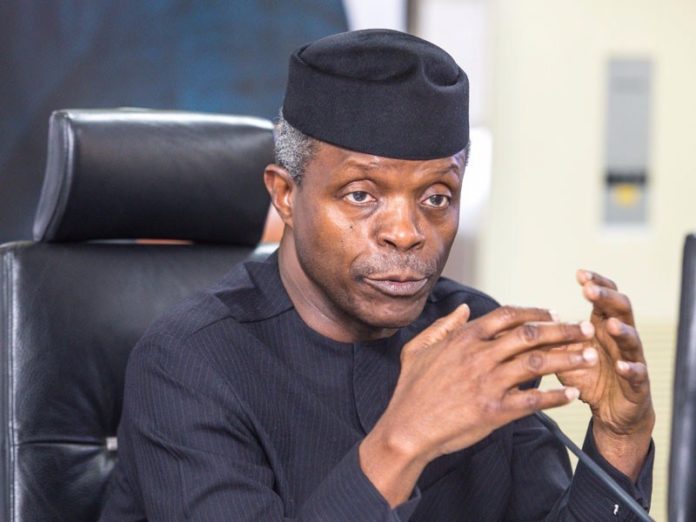 Vanguard Newspapers has apologised to Vice-President Yemi Osinbajo over a report the latter said is injurious to his person.

In a statement published on its website on Wednesday, the newspaper also said it is retracting the entire report.

Frank was quoted as saying Osinbajo’s recent experiences “has nothing to do with 2023 but alleged mismanagement of about N90 Billion Naira (sic) released by the Federal Inland Revenue Inland Service (FIRS) to prosecute the last general elections in favour of the APC”.

Eze Anaba, Vanguard editor, said in the statement that the newspaper has discovered the story “lacks factual substance”.

He said: “On our website publication of Monday, September 23, 2019, we published a story titled “N90bn FIRS Election Fund: Osinbajo’s problem, not 2023 politics.” We have since discovered that the story lacks factual substance and we hereby retract it in its entirety.

“We tender our profound apology to Professor Yemi Osinbajo SAN, the Vice President of the Federal Republic of Nigeria on whom the story touches directly and the All Progressives Congress, APC, for any inconvenience or embarrassment the publication has occasioned them. We hold Professor Osinbajo, SAN, in the highest esteem.”

Osinbajo had through his lawyers threatened to sue the newspaper if it did not apologise and retract the story.