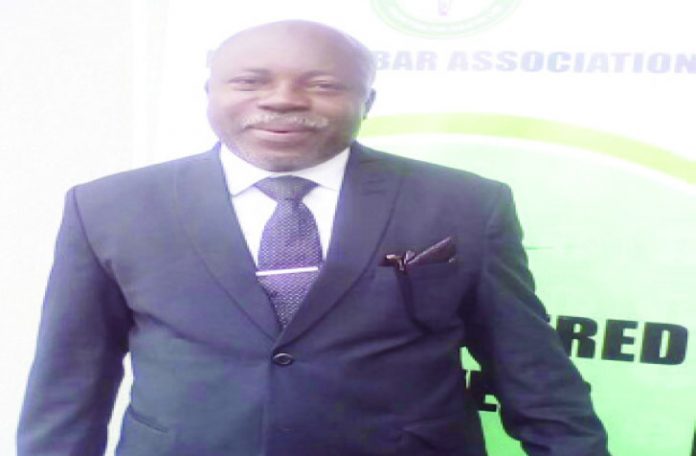 A call has been made for the criminal justice system of Nigeria to undergo judicial surgery.

The call was made by Prince A.S Abimbola, Chairman Nigeria Bar Association (NBA), Epe Branch during the opening ceremony of the 2019 NBA Epe Law Week themed “Administration Of Criminal Justice: “The Journey So Far”.

While delivering his speech at Centenary Hall of St. Michael’s Anglican Church, Popo Oba, Lagbede Street, Epe, Lagos, Prince Abimbola called for reforms in the judicial system. In his words: “Our criminal justice system in Nigeria needs to go through what I call judicial surgery if you like you can call it reforms. While the fight against corruption remains sacrosanct, the criminal justice system must be safe, just and fair and seen to be so within the ambit of the rule of law.

He further stated that it was pertinent to state that until people unaffected by injustice are as concerned as those affected, the end of justice will not be served.

Adding that the Lagos State Government had provided modern facilities in the courts, Prince Abimbola said that there are still areas in need of reform.

“The Lagos State Government, over the years has provided modern facilities in the courts, vehicles, funds, legal framework for adjudication, administration and implementation of the administration of the criminal justice law in Lagos State, training and re-training of staff and other logistics needed, despite this achievements, areas that require urgent attention and reforms are numerous.  Worthy of note is the challenges of bail facing persons charged with sexual offences who cannot perfect their bail. It is no longer news that sexual offences are on the rise all around the world, given this fact, cum stigma of the offences and administrative challenges of perfecting bail conditions, accused persons are taken back to prison resulting in overcrowding of Nigerian Prisons by a high-ratio of persons charged with sexual offences who are not able to perfect their bail conditions for months or even years,” Prince Abimbola said.

The NBA Epe Law Week which held between Friday, May 10 and Tuesday, May 14, was in honour of Honourable Justice George Adesola Oguntade.