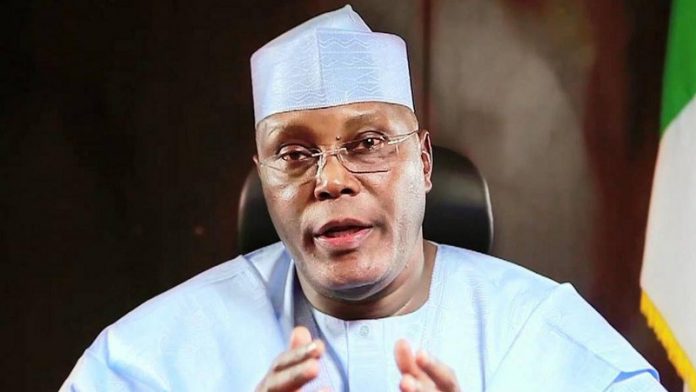 The recent approval of N 33,000 by the presidential candidate of the People’s Democratic Party, PDP, Alhaji Atiku Abubakar as minimum wage for his staff became a cause of debate all over the country. Not just because it is higher than what the Federal Government may approve for its work force but that it is coming from a man who over the years, has been painted as corrupt, maligned and defamed, but has not stopped growing in importance. To him, saving Nigeria from her present predicament is a task that must be done with enthusiasm.

One question that should possibly be posed to the many accusers is “where, when and what did Atiku Abubakar steal?” At least he has never been tried in any court of law, except the court of public opinion. Born on November 25, 1946, Atiku worked in the Customs Service for 20 years and retired as a Deputy Director, the then second highest position in the service. After leaving the Customs Service where he served meritoriously in 1989, he ventured into private business and politics and has done relatively well since then.

It is an irrefutable fact that Atiku has paid his dues politically; having started in the 1980s. He was very active in the governorship campaign of Alhaji Bamanga Tukur. That was just the beginning. The influence of General Shehu Yar’Adua also had a helpful impact on his political career. He became a prominent force and Vice Chairman of the People’s Front of Nigeria. His colleagues at the PFN then included Umar Yar’Adua, who later became President, Bola Ahmed Tinubu, Rabiu Kwankwaso and Sabo Bakin Zuwo among others.

Not known to many, Atiku Abubakar was at the Constituent Assembly in 1989, the Assembly was saddled with the responsibility of deciding on a new constitution for Nigeria. He later tried becoming Governor in the old Gongola State (now Adamawa and Yobe) in 1991.

The People’s Front would later fuse into the Social Democratic Party, which was in full glory that time. With the disqualification of his mentor, General Shehu Yar’Adua in the Presidential election, the former Military man threw his weight behind Alhaji Atiku Abubakar when he contested in the primary election that produced Chief M.K.O Abiola as the candidate of the SDP, ahead of the June 12, 1993 Presidential election. Young as he was then, Atiku came third in the primaries behind MKO Abiola and Baba Gana Kingibe.

In 1999, Atiku became Nigeria’s second democratically elected Vice President, having been nominated as Chief Olusegun Obasanjo’s running mate. Meanwhile, after his eight years as Nigeria’s Vice President and till date, he has not had any case with the Economic and Financial Crimes Commission (EFCC) or the Independent Corrupt Practices and Other Related Offences Commission (ICPC).

Atiku Abubakar contested to be President in 2007, on the Action Congress of Nigeria platform; incidentally those describing him as a corrupt politician today were the ones calling him a man of distinction then.

Just like it is happening now, there was so much opposition to his presidential ambition in 2007. Atiku would however display a lot of maturity; it took a Supreme Court judgment to allow him contest the election after the Independent National Electoral Commission had initially disqualified him. He eventually came third at the polls.

His Adama Beverages and American University of Nigeria are major investments in Yola, Adamawa State. Atiku knows the value of education; his father was arrested and fined for not sending him to school. Getting Western Education eventually proved to be something of absolute value. It was only after his diploma in 1969 that he was employed as an officer in the Nigerian Customs Service.

His business acumen did not suddenly grow into an uncommon level; he started real estate in 1974 when he built his first house with a loan and put it up for rent. He used the proceeds from the rent to acquire another plot which he built on and rented out. That was the beginning of the magnificent business empire.

By 1981, he had gathered enough funds to acquire land near Yola to plant maize and cotton. His farming venture however folded up in 1986. That proved to be part of the learning curve that toughened him as a businessman. He later went into buying and selling truckloads of rice, flour and sugar. The business structure has since grown in leaps and bounds.

In terms of reliability, a man who has been Vice President and has managed his estate with great success would no doubt do well to manage the country well. With his fame and political clout resisting gravity as the elections draw near, Atiku seems to have become the right piece needed to complete Nigeria’s jigsaw puzzle.