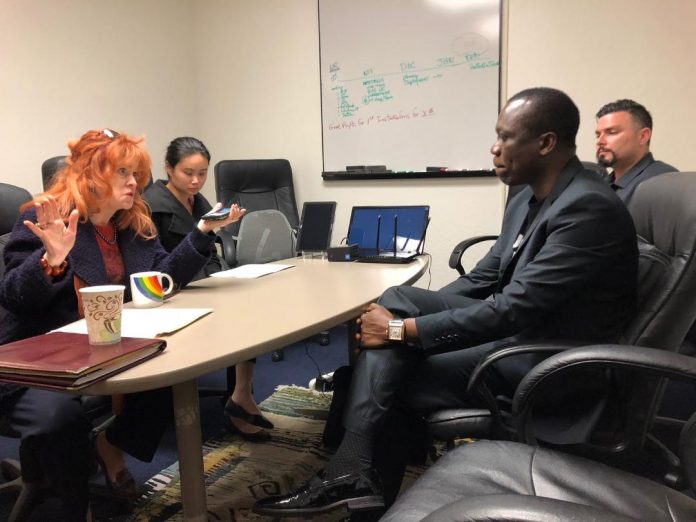 In a game changing development for Video and Movie industry, Nollytainment Inc, the promoters of the Nollycoin Cryptocurrency, announced its intention to Partner with a Silicon Valley Tech Company To introduce Nollycloud, a new proprietary technology that would allow video and movie users to download huge data files from the internet to their Phones, Laptop or desktop devices, with lightening-fast speed, without using any part of their internet bandwidth subscription ……

Industry experts are saying this technology would be a major disruptor in the way movies are being distributed, downloaded, and watched in Africa and other development countries with slow and expensive internet access.

Prior to this breakthrough Video-Download Technology called NollyCloud, a major problem limiting the access to movies from the internet in many countries, particularly in Africa and other Developing Countries, is the time, cost and bandwidth often required to download movies to the mobile phones or computers of consumers

Typically, with the annoyingly slow and erratic internet services in most developing nations, to download a full length 2-hour movie from the internet will typically take anywhere from 1 hour to 3 hours depending on the time of the day. The process will also eat up huge chunks of the expensive internet access bandwidth of the user. For instance, a 2 hour movie will typically consume about 2 gigs of internet data.

This is a huge cost in an environment where a 2-Gig internet device would cost about $10 or more (most internet services in africa and other developing nations do NOT have unlimited internet access plans. You are charged per data used)

To make matters worse for internet users, more often than not, the movie downloading process is often interrupted before it was fully downloaded because of the erratic and unstable internet service in most parts of the developing nations. When that happens the user would lose the bandwidth already used before the download attempt. The user would then have to start all over again by using up another 2 gigs of data to download the same 2 hour movie or video that failed.

Needless to say this has become a very frustrating and expensive exercise for movie lovers, as well as those who want to download video training materials from the internet.

Due to this highly frustrating process, most mobile users in africa would not even consider watching movies online or buying movies to download and watch later. This in turn has severely limited the reach and scope of the movie industry and video training industries in developing nations

However, with the proprietary breakthrough technology in the NollyCloud, this expensive and frustrating problem has now been solved in a way that is nothing short of amazing.

With NollyCloud App, mobile and Desktop users no longer need to use any part of their internet service data to download full length movies or access huge videos from the internet. This breakthrough technology completely bypasses regular internet service and the conventional WiFi . It uses a proprietary download access protocol that is independent of how much data a user has with his/her internet service.

In addition, users can now download heavy duty data of a full 2-hour or more movies within 1 minute or less! In order words a process that would typically take over 60 minutes, and several restart attempts, could now be accomplished in less than 60 seconds.

Once the movie is downloaded through the NollyCloud App on the users phone or desktop, these movies can be watched seamlessly from the app without the annoying buffering or interruptions that one often got with other popular video player services like YouTube, Vimeo or others.

The video player inbuilt into the NollyCloud app let’s the user play the video as if it’s was fully loaded on his/her hard drive computer, Phone or Laptop without any interruptions! Once downloaded, the movie stays on the app and can be watched at anytime on the app, and as many times as the users want, without using even a single bite of their internet service

Dr Ope Banwo, Founder/Ceo of Nollytainment was ecstatic about this major breakthrough in the movie distribution, download and consumption experience. According to him “We are so blessed to be the first company to partner with a tech company solve a major problem that has limited the growth and development of the movie industry in developing nations where the cost of internet access is ridiculously expensive and prohibitive for users. Many people who have been prevented from being able to download and enjoy full length movies on their mobile phones, laptops or desktops can now do so with astounding speed at not cost of internet bandwidth. I honestly can’t overstate the importance of this app to the growth of the movie industry”.

The NollyCloud is being postioned to be one of the key products in the Nollytainment blockchain ecosystem. The NollyCloud App would be available initially as an exclusive utility for holders of the Nollycoin Cryptocurrency

The official rollout of the NollyCloud has been tentatively fixed for the 1st week of August as part of the schedule of the unveiling of the different pieces of the Nollytainment Ecosystem.

Apart from the game changing NollyCloud App , other components of the Nollytainment ecosystem include:Nolly Cinemas (Blockchain enabled screening of movies at cinemas); NollyFlix ( An online Movie Streaming Platform that has been described by knowledgeable observers as a kind of Netflix on Steroids); NollyMall ( An Amazon styled Marketplace for entertainment products and services ); Nolly Academy ( An online and offline training and certification platform for aspiring entertainers, industry technicians and support personnel ); Nolly Crowdfund — (A special crowdfunding platform for movie producers) . This will help qualifying producers raise funds for their projects through their fan base.

For more about Nollytainment’s ecosystem and it’s ongoing crowdfunding campaign go to ico.Nollycoin.com.