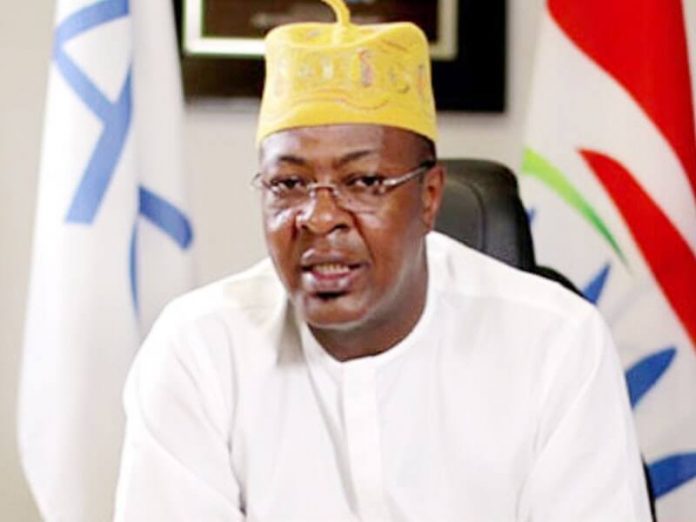 These are not the best of times for the Director General of Nigerian Tourism Development Corporation (NTDC) Mr. Folorunsho Coker, better known as Folly Coker

The embattled NTDC boss is yet again in the news for the wrong reasons. This time, he is enmeshed in a tug of war with staff of his agency at the headquarters in Abuja.

The NTDC staff yesterday picketed offices of the Corporation, carrying placards calling for his removal. The workers turned out in large number to voice their frustration at the unfriendly work environment in the Agency that has become the order of the day since Coker assumed office as DG.

Head of the NTDC staff union, Mr. Martins Ohiemi, said that staff members of Nigerian Tourism Development Corporation are dissatisfied with the leadership style of Mr. Coker, insisting that he treats them like slaves.

The staff union alleged that Coker, since his appointment in April 2017, has been mismanaging the NTDC and running it like his personal business. The DG is said to have excluded the NTDC top management staff from all operational and management decisions since his assumption of duty.

In a letter written to the NTDC DG, and copied to the Minister of Information & Culture, Minister of Labour, the Inspector General of Police and the DSS, dated November 29th 2017 and signed by Comrade Sikiru Waheed, the Secretary of FCT Council of the Amalgamated Union of Public Corporations, Civil Service Technical and Recreational Employees; the workers said they would picket the offices until Coker address their complaints.

A copy of the letter obtained by our reporter listed some of the grievances raised against Coker by the NTDC workers to include creation of project units to erode the functions of departments, deliberate denial of workers schedule of duty and Illegal recruitment of workers without regards to the guidelines on appointments and promotion.

They also listed unfriendly posture of the Director General leading to unhealthy working relationship, deliberate depletion of existing workers welfare package as well as refusal to conduct 2017 promotion exercise contrary to Federal Government circular directing MDAs to conduct promotion as at when due.

The letter ended with a prayer that, “it is our singular prayer that the issues raised above which has endemically eaten deep into the fabric of workers of NTDC should be reserved positively with immediate effect for the progress of NTDC and the workers”.
Meanwhile, Coker is said to be evasive and has not been coming to the office, since he got wind of the workers protest.