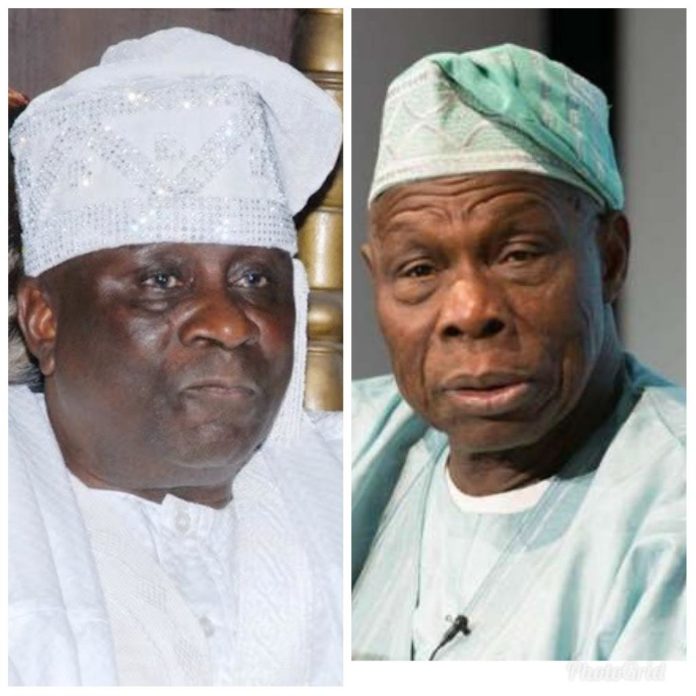 The Oba of Lagos, Rilwan Akiolu, recently said the election of President Muhammadu Buhari for a second-term in office was a clear proof that no man, but God gives power.

Akiolu made the statement when participants of the Senior Executive Course 41 of the National Institute of Policy and Strategic Studies (NIPSS), Kuru, visited him in his palace in Lagos.

The News Agency of Nigeria (NAN) reports that the visitors, who were on study tour of the state were led by Dr Nasirudeen Usman, NIPSS Acting Director of Studies.

Akiolu said the President got his second term mandate from God through the people of Nigeria.

He said the claim by former President Olusegun Obasanjo, prior to the election, that Buhari would not win the election because he did not support him had been neutralised by the president’s triumph.

Akiolu said Obasanjo had always arrogated to himself the divine power to determine the country’s leaders, adding that Buhari’s victory in the last election had demystified him.

Akiolu said he had always believed Buhari would win the election and that he was glad that the former president had been proved wrong at the end of the day.

”I had said that Buhari would win even before the election, unfortunately, the number one person creating problems in this country is former president Obasanjo.

”He arrogated to himself the powers of the Almighty Allah by saying it was the support he gave to Buhari that made him win the first term.

”Obasanjo said Buhari would not win the second term, but did Buhari not win? Did I not say Obasanjo will be disappointed by the time the results were announced.

”The president’s victory clearly shows power belongs to God only and no man can decide who leads the country”, he added.

Akiolu urged Nigerians to support the president to deliver the goods as he begins his second term in office.