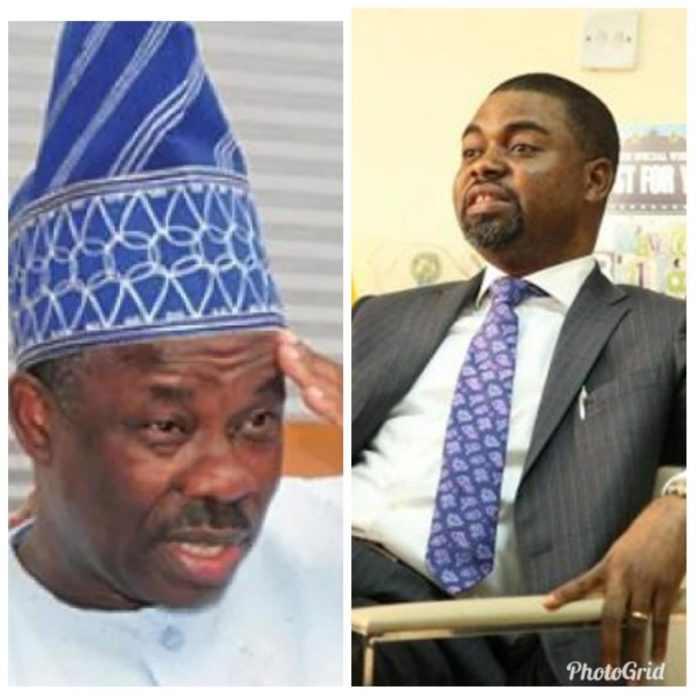 Olulade blamed the ugly development on Ogun State Governor who was not only the chief host to Mr President and other dignitaries but the Chief Security Officer of the State responsible for sanity in such gathering. Olulade said two major breaches occurred which Governor Amosun was utterly responsible for.

“Apart from the breach concerning our party’s unity since the occasion was exclusively our party’s internal gathering, it was also a serious security breach against the safety of Mr President, National Party Chairman, other dignitaries present and entire party members”, Hon Olulade said

The Lawmaker said such scenario was condemnable and called on the party Chairman to apply strict disciplinary measure against governor Amosun for such anti-party action.

Hon Olulade said what happened at the venue of the mega rally was nothing save sheer demonstration of indiscipline against the office of the President and it was so sad to see non-party attendees throw items at Mr President in a public rally. He stressed further that the action was also a threat to the party’s anticipated victory in the State.

Hon Olulade stressed further that invariably, Governor Amosun orchestrated the disruption of party’s mega rally in his state by sponsoring hoodlums and non-party members to attack a peaceful party campaign.

While concluding, Olulade said whatever differences within the party could be resolved amicably but insistence of Governor Amosun to work for his personal candidate outside the party is an anti-party behaviour which is punishable under the APC party constitution.

He urged the good people of Ogun State and party faithful to disregard the unruly dispositions of the Governor and vote for President Muhammadu Buhari, the APC Governorship candidate Dapo Abiodun and all other APC candidates across the State in the coming general election.