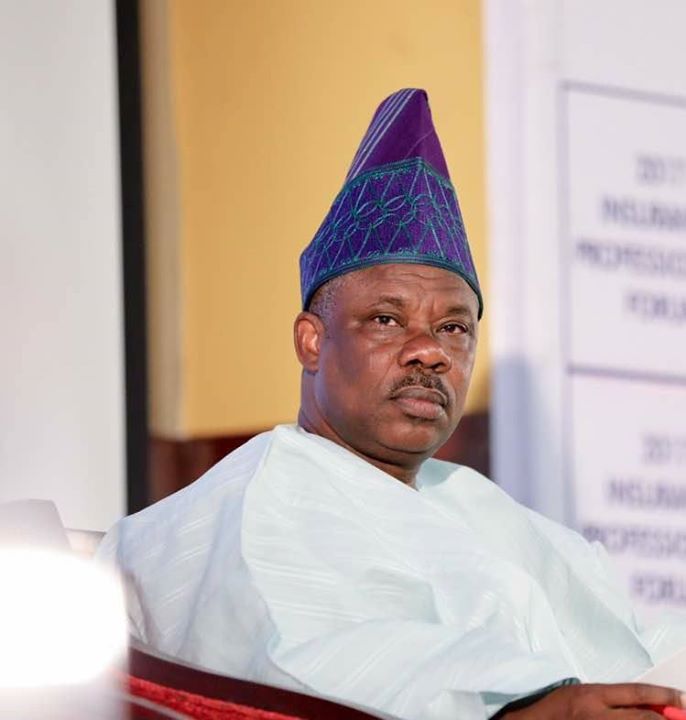 Saying governor Ibikunle Amosun is not having best of times will amount to stating the obvious as series of events that have unfolded in recent days as it has to do with him says it all about his pain. The governor was recently suspended by the leadership of All Progressives Party, in a swift; there is a gathering coalition against his anointed governorship candidate in the person of Honorable Kunle Akinlade of APM.

The governor who just secured a seat at the upper chamber of the national assembly, senate, according to information filtering through may have recorded yet another setback as regards his interest of a successor as he was reportedly pelted with sachet water even as they shouted “Ole Ole” (“thief thief”) on him.

Eye witness revealed Amosun had thought the workers would be deceived with his panicky recall of the NLC Chairman in Ogun, Comrade Amballi Akeem, whom he sacked from the civil service 28 months ago; he (Amosun) approached the workers, who to his disbelief pelted him with sachets of water and chorused “Ole Ole”.