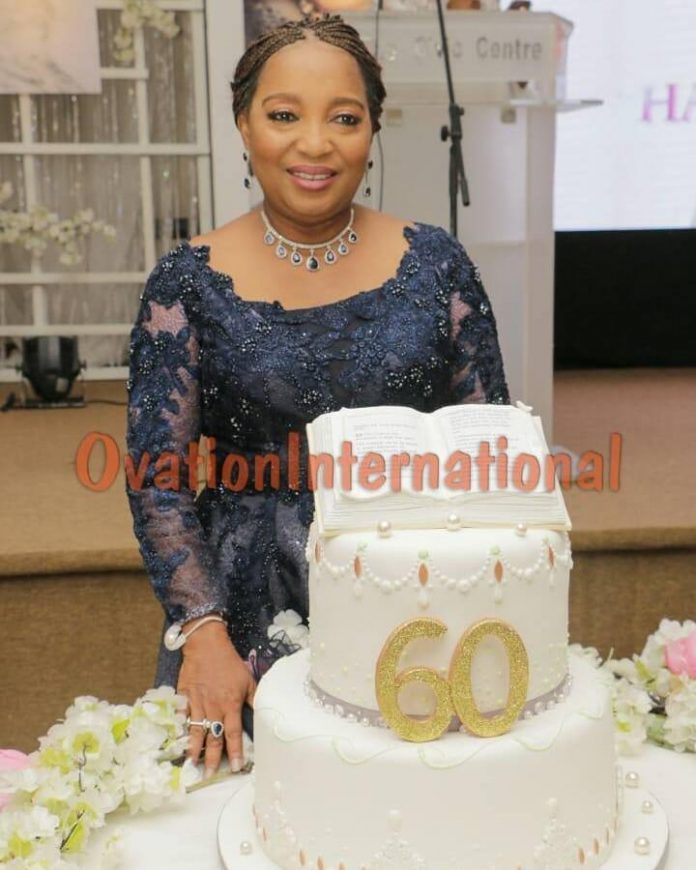 Genny Mariana Adeosun might not ring a bell across the society but as far as the circle of the high and mighty is concerned, she just can’t be put aside with a wave of the hand as she could conveniently be regarded as part of those that make things thick around here. Genny, advocate of women in politics is married to former minister of aviation, communication and transportation, a Oluwole Adeosun, a chartered accountant who died while in active service as the Chairman of the National Pension Commission, PENCOM.

His passing away about five years ago was no doubt a devastating one to the wife, family and well-wishers, but the cheering story is that Genny has been able to hold forth as the pillar of the home. It will be recalled that her daughter, Yewande, several months back got married to son of founder of Guiding Light Assembly, Pastor Wale Adefarasin, Demola. It was also with a great mood and heart filled with praise that matriarch of Adeosun family, Genny invited family and friends who came to felicitate with her on her 60th birthday anniversary ceremony that recently took place at Victoria Island, Lagos. .

The event began with the thanksgiving session which was marked by prayers and praises.

The Officiating Ministers which included Venerable Sunday Abodunrin and Venerable Julius Oyediran steered the ceremony perfectly and rounded off the service with Holy Communion.

This session dovetailed into the reception where high profile personalities who were on hand to celebrate with one of their own were treated to a great time even as the birthday was full of glee. While a very close ally of the celebrant, First Lady of Oyo State, Florence Ajimobi led pack of other guests that included Olu Okeowo, Pastor Wale Adefarasin, Olori Ladun Sijuade and Chief Nike Akande, to mention a few to the event, entertainers among who are Tope Alabi, Nathaniel Bassey and Ayan Jesu spiced the day with their various thanksgiving renditions.