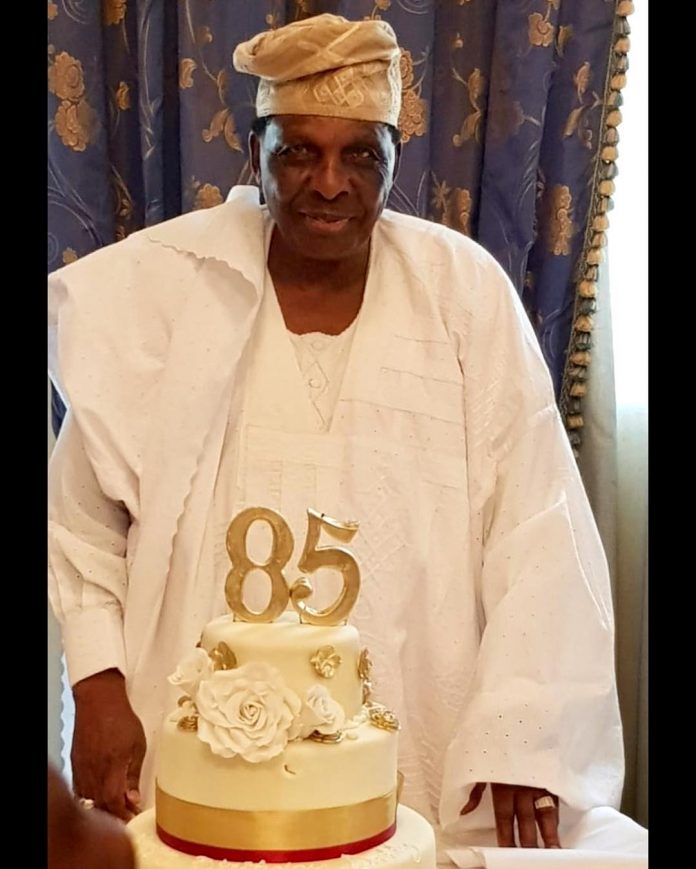 For anyone who is keeping pace with happenings regarding the Parakoyi of Ibadan land, Chief Bode Akindele, it will certainly not be difficult to come to a conclusion that the personality in question must fancy the popular saying that, men of substance are not easily identified until they are scratched; Bode’s lifestyle aptly depicts such.

By his nature, father of popular and frontline designer, Tiffany Amber, Chief Akindele, appears to be one who is not given to blowing his trumpet unnecessarily just as he’s not often spotted at public places or social functions despite having all it takes if he was fascinated by such lifestyle. However, among a couple of things that could be said to be part and parcel of this billionaire industrialist is the fact that he’s so passionate about being compassionate and this explains why he gives generously to charity. Another attribute he’s known for is that he’s a warm person and as a result of this share great relationship with lot of people just as he’s equally equipped with high profile connections.

On his 80th birthday anniversary some five years back, Parakoyi went all out to host a great gig to celebrate the day and his personality as man of the people came to the fore as he had a very successful outing. However, unlike his 80 years birthday, Chief Akindele decided to adopt a low key celebration when he became 85 years recently. The octogenarian, amidst his children and grandchildren that he loves to relish, celebrated the birthday anniversary even as he had some close family friends and associates in attendance in his Ibadan palatial home where the event was held.