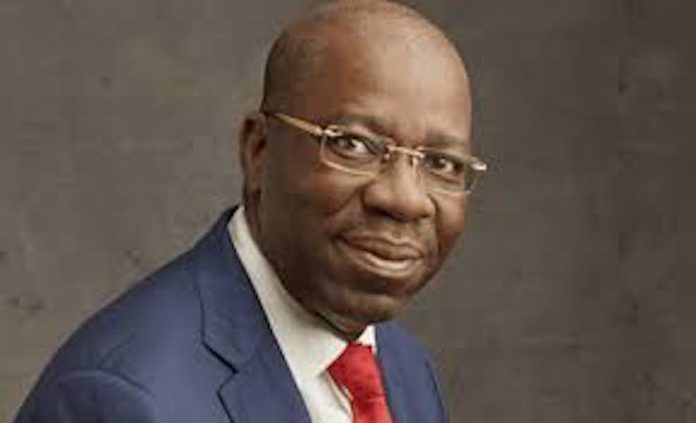 Edo State Governor, Godwin Obaseki, on Friday, said he visited the General Overseer of the Redeemed Christian Church of God, Pastor Enoch Adeboye, during his second-term election travails.
.
According to the governor, he said the 78-year-old cleric assured him that all would be well.

Obaseki stated this on Friday night during the Testimony Session at this year’s RCCG Holy Ghost Congress held at the Church’s International Headquarters along the Lagos-Ibadan Expressway.
.
He said, “When it looked impossible and when men rose, He (God) came out to say that He is God and only He has the power.
.
“About the time when the crisis started a year ago, I came to the (RCCG) camp with my wife and met Daddy G.O.”
.
Obaseki said after explaining his political challenges, Adeboye told him, “My son, it is well. Don’t be afraid, you will overcome and you will win.”
.
The governor said he went back to meet the cleric shortly before the September 19
Edo State Governorship Election.

“A few months before the election, I came again to see him (Adeboye) and he prayed for me and with me and he said, ‘It will be well.’”
.
Obaseki encouraged the physical and virtual congregation that with God, all things are possible. He urged them to hold on to God in the face of life vicissitudes.
.
The governor who was elected on the platform of the All Progressives Congress in 2016 was denied the party’s ticket for a second term due to intra-party wrangling.
.
He later defected to the Peoples Democratic Party and defeated Osagie Ize-Iyamu, the APC candidate.