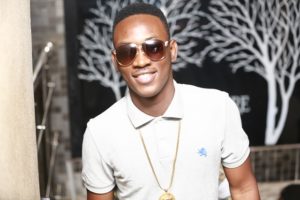 Nigeria’s image may have suffered a setback following a report that just came in, alleging youthful and popular singer, Oyindamola Emmanuel who is better known as Dammy Krane, was arrested in faraway Miami, United States of America. He was alleged to have been arrested for credit card fraud, theft and identity fraud.

Information scooped from those who should know alleged he was arrested along with some other young men who are believed to be living on fast lane. The boys he was arrested with, it was said had always been his host whenever he visited part of the world. However, Davido, with whom Dammy Krane has been running things since he left Tubaba’s Hypertek music, is said to have swung into action to see how he could get handsome Dammy out of the mess he’s found himself.