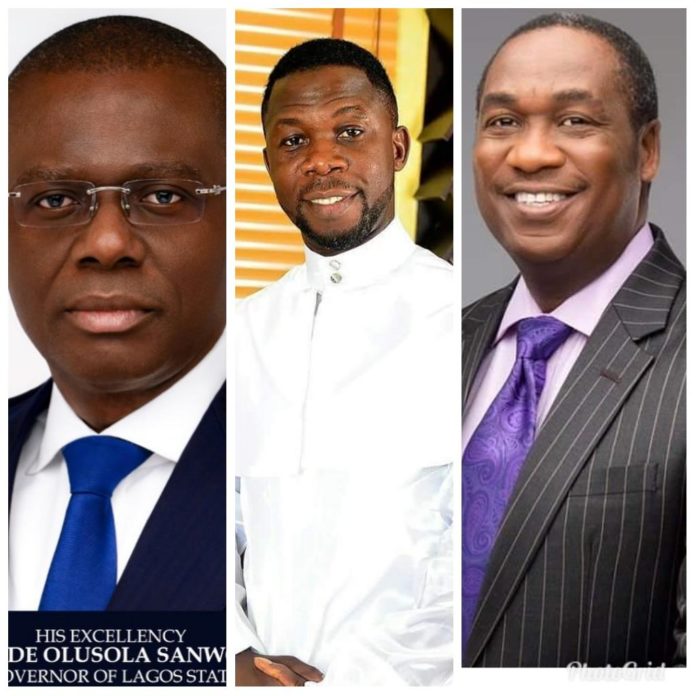 Shepherd in Charge of Celestial Church of Christ, Genesis Global, Prophet Israel Oladele Ogundipe a.k.a Genesis, has congratulated Babajide Olusola Sanwo-Olu, on his inauguration into office to take charge as the new Governor of Lagos State.

A statement by the Media Office of the Prophet stated the Prophet thanked God for the victory recorded by Bababajide Sanwo-Olu at the poll and for sparing his life to be inaugurated into office as the new Governor of the state.

Genesis said he’s confident Lagosians are very blessed to have Sanwo-Olu as the governor of the state because they are going to be better for it.

He said: ‘What I can say is that the people of Lagos are very blessed to have the new governor as the man in charge because I know and I am m confident he will deliver. The governor is not new to governance and he has a very rich profile with great antecedents that speak volume about his capabilities. The only thing we can only do for him is to continue to pray for him.

However, in his words of admonition, he urged the new governor to build on the legacies of his predecessor, saying former Governor Akinwunmi Ambode had laid a very good foundation for him. Also, he advised the governor not to allow himself to be distracted even as he urged him to put God first in everything he wants to do so that success can be sure for him at all times.

Not forgetting the Deputy Governor, Obafemi Hamzat, Genesis felicitated with the former Commissioner of Works on his assumption as number 2 man in Lagos State.

He appealed to the Deputy Governor to imbibe the spirit of team playing so together with his, boss; they can deliver to Lagosians the Lagos of their dream.