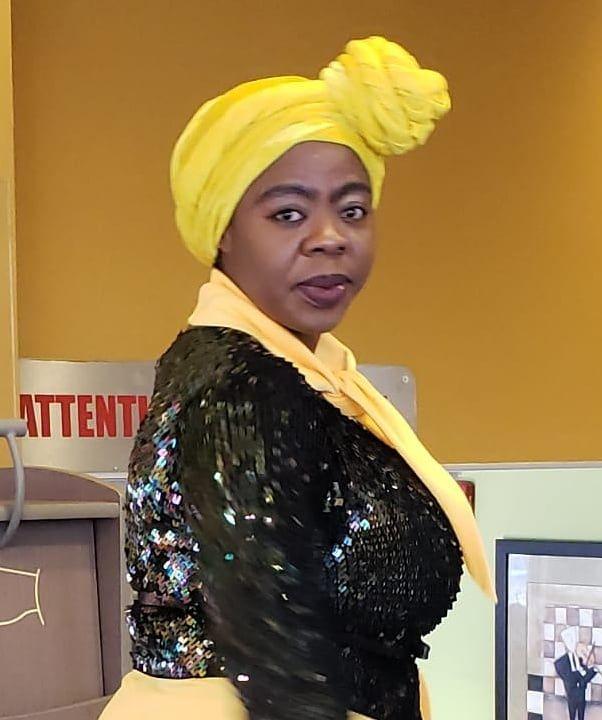 Born Esther Adeyinka Omolebi Ojooba , the inspirational gospel act has finally stepped up her game in the music and entertainment industry in Nigeria.

The unassuming talented musician born and bred in Ipole-Iloro Ekiti by Chief Isaac Ojooba & Evangelist Elizabeth Ajoke Ojooba from Ekiti West Local Government, Ekiti State has become a force to reckon with by good music lovers and the industry watchers in this part of the world.

In the spirit of furthering her education, she got admission to the Polytechnic of Ibadan where she studied Computer Science. And, in pursuit of her passion which his music, she later enrolled at the prestigious Peter King College of Music, Badagry in Lagos State.

The proud mother of handsome and intelligent son started her music career professionally in 1997, but she has been singing while she was 6 years old.

Esther has also done professional backup vocals for the top artistes like Yinka Ayefele, Jide Chord, Dele Taiwo and many others in the industry.

Inspirational singer, who also perfectly sing in the voice and style of late Dr. Olando Owoh squealed that it has always been God with the unique voice and vibes bestowed on her singing ability despite the fact that she is not even an indigene of Ondo State, where Dr. Olando Owoh came from.

Funny enough, she said Holy Spirit is her weed. Unlike some so called Inspirational singers that smoke weed for inspiration that her source is only from the giver of the gift, the God Almighty.

She is a notable song writer and composes who have produced eight (8) albums to her credit and she gives glory to God for seeing her through the journey of her music line of business.

No wonder, Esther has been swaying very high in her chosen career because her role models like Mama Bola Are and Late Dr. Orlando Owoh are great idols to look up to.

In the next three (3) years she believes and wish to be known all over the world by God’s grace, and with steady push of her style of music globally.

She advised that Gospel musicians should be focused, wait for their time and that someone is there now doesn’t me you will not get there too.And more importantly, to be prayerful and hardworking they will get there.

According to Esther Ojooba , she said ‘This year is full of so many great things, my annual Gospel Explosion is on the way and I’m releasing a new album as well.’

It’s no more news that are much talked about inspirational latest single entitled- Motiri , a special love song that will unite lovers in Christ will soon take over the radio stations’ airwaves home and abroad.