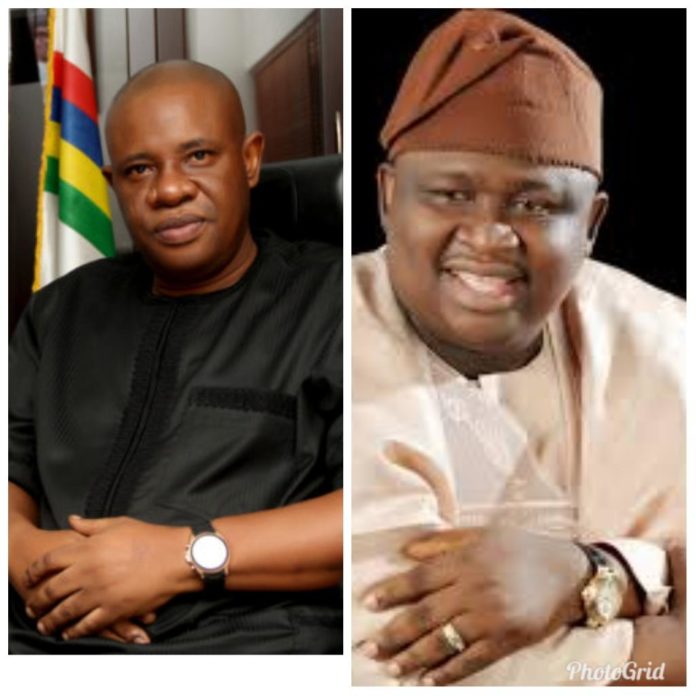 An interesting scenario is  unfolding between Senator Olalekan Solomon popularly known as YAYI and the Managing Director of Lagos Signage and Advertising Agency, LASAA, Bolaji Sanusi.

Sources close to the Senator disclosed to this platform how Sanusi has grown wings and become power drunk to ridicule the distinguished senator over a polite official request.

It was gathered that Yayi had approached the agency for an approval to keep its political billboards accross the state for further use which incurred the anger of Sanusi thereby wrote a stinkeras a reply to the request.

In the view of our source, LASAA boss replied the Senator in a manner that suggests he has a matter to grind with him.

The letter, it was gathered lambasted Yayi of being ignorant of Lagos state law on Advertising while his request could be termed as an abuse of privilege.

Our source particularly pointed out a paragraph from the letter that was considered very insulting to the popular senator which reads ‘most shocking to us is your request,  despite being a senator of the federation,   seeking for our approval ‘to retain’ these illegal outdoor structure ‘for business purposes’ on your  official personal letter head and endorsed by your esteemed self”

Apparently shocked by the letter,  the senator was quoted to have threatened to go into battle with the agency saying things will sort out itself when the governor elect resumes.

Interestingly,  the agency noted that the governor elect through its campaign office complied with all the rules as stipulated, wondering why the Senator shouldn’t.

However, LASAA advised Senator Yayi to immediately begin removal of the illegal billboards within 7 days to save the state of expending further resources to clean up the mess created by such illegal structures.

“These structures remain what they are -illegal deployment and a request for them to remain standing smacks of impunity” Sanusi noted.

Our source however disagreed with the position of LASAA, saying the senator is a critical stakeholder in the state and he should be accorded with some courtesies.

All efforts to reach the LASAA boss proved abortive as his number was switched off.