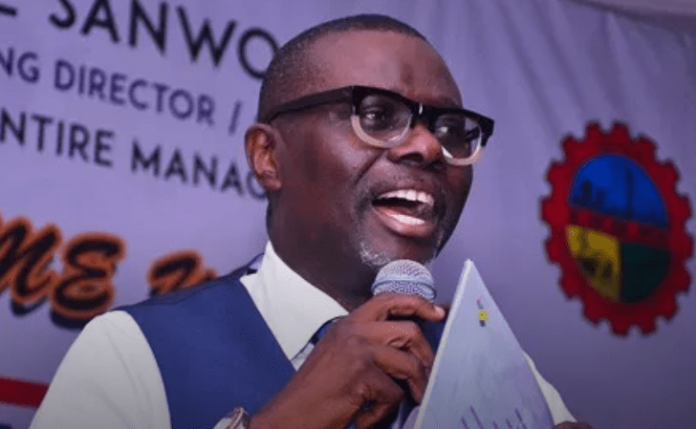 Barely 48 hours to the direct primary election for APC governorship candidates, Babajide Sanwo-Olu, the candidate purportedly being backed by the Mandate Group loyal to Asiwaju Tinubu is in big trouble.
Sanwoolu is unhabby with the phyrric victory that gave Isiaka Oyetola the winning edge on Thursday over the PDP dancing candidate, Demola Adeleke.
In a message Sanwoolu personally shared on a whatssap group with members of his inner campaign caucus (Sanwo-Olu 4 Gov. Lagos), the APC gubernatorial aspirant unequivocally said his party won the Osun guber election in a crooked and unenviable manner.
Stunned and flabbergasted, members on the whatssap platform, many of whom were forcefully coerced into the fold without sincere belief in the Sanwoolu project, quickly screen-grabbed the alarming submission from the man who is being packaged to be the Governor of Lagos State.
In the message sent at exactly 6.42pm on Thursday with his airtel number, Sanwoolu said: “as much (as) I want our great party APC to win in Osun, am not happy with the way adopted to win. It shows we have no principle and no different from PDP…”
Perhaps sincere but certainly naive and unguarded, Sanwoolu’s verdict on his own party has sent jitters round the APC hierarchy especially his sponsors who think not only could this leaked message be picked up by the opposition PDP in Osun but has also exposed Sanwoolu badly as a careless, perhaps reckless and disloyal party member who is immature and ill-prepared for the big assignment he is being hurriedly packaged for.
Both Tinubu and his wife, Senator Oluremi who is rumoured to have sold the Sanwoolu candidacy to the Mandate Group are livid and disappointed at this scandalous revelation.
Several Local Government chairmen and ward leaders who are being forced to dump Ambode for Sanwoolu as well as some emminent members of the Governors Advisory Council who are known to be appealing to reason on why the Sanwoolu project will harm the party’s chances during the forthcoming general elections are now apprehensive about fielding a candidate who does not believe in the electoral victory of his party in a state where the National Leader and his benefactor has special and ancestral roots.
Will the frail-looking Ijebu Mushin-born former Commerssioner for Establishment and current MD of Lagos State Development and Property Corporation survive this vote of no confidence he has public passed on his own party? Only time will tell