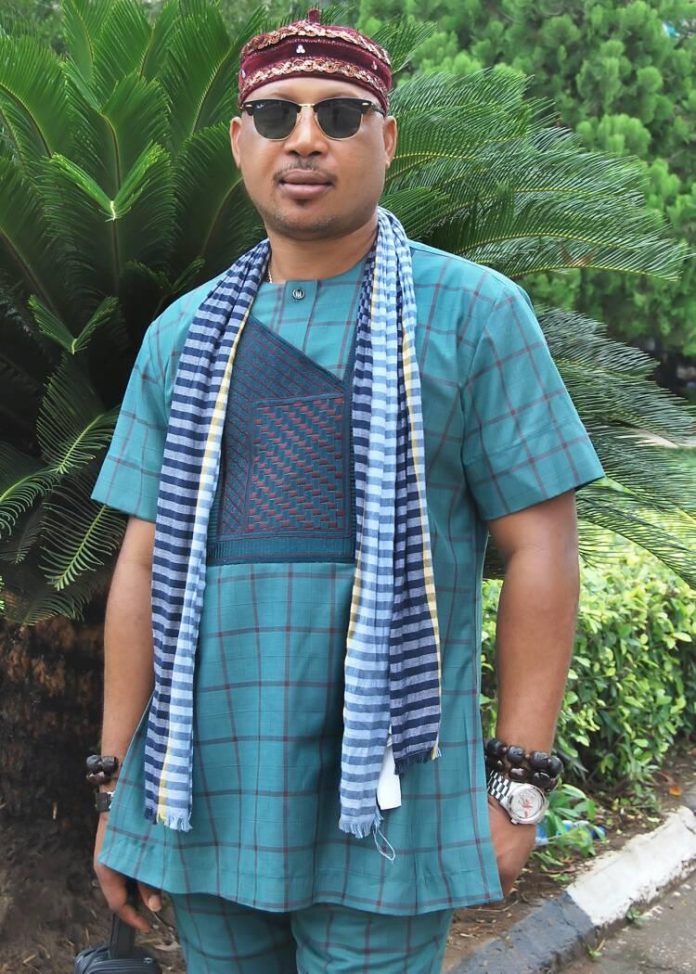 Tale of Chief Fruitful Mekunye whose music is name is Professor aptly describes saying that, a dream is not dead until the dreamer is dead. Light skinned, articulate and eloquent Professor, discovered early enough he was gifted musically but he could not surmount obstacles in his way to express his God given talent. Interestingly, having grown to have a success story to tell, the influential politicians returned to his first love and now, he’s set to announce himself with a bang. He has concluded arrangements to release his four track debut album titled, Ogo Oluwa.

In this interview however, the philanthropist opened up on a number of things that include why he had to bury his musical dream for decades, his mission in the music industry and what he feels like to have eventually realized his long time dream. He also speaks about his involvement with Performing Musician Association of Nigeria among other interesting issues.

Can you let us into who you are?

My name is Chief Fruitful Mekunye, I’m from Delta state, a business man.  I am a Chief… Chief Ekueme of Ubuluku kingdom in Delta state…I am a philanthropist, a musician and lot more.

Your musical album consists of different genre of music and one is wondering what you call your kind of music?

My kind of music is universal; I pick my songs from various types of music. There is a track that reflects Afro beat, there is another one that reflects Calypso soca in a reggae form and there is another one that is practically Yoruba highlife and the last one is what we call, Blues in those days, R&B. Why I did that is to capture the mind of everyone, if you don’t love this, you fall into this category and if you don’t love this, you fall into another category. Also, I want to bring music to its originality. In those days, when you play music without meaning, nobody will listen or dance. Unlike the kind of songs we listen to now, we are forced to dance to them but really there are no meaning to some of the songs so the reason why I want to release an album is to let them known music is all about message. With music you can correct the hills of the society, you can give advice to the orphans, in music you can give encouragement to the hopeless and with music, you can give succor to the comfortless. That is the primary objective of music and we have lost it in recent time and I want to bring it back and let Nigerians enjoy a free flowing music.

You sounded so much like Paul Play in the Yoruba track. Don’t you think that could trigger conflict of identity?

I don’t think there is going to be any kind of conflict in identity. That track, Iyawo mi is aimed at bringing harmony to the home, the role the husband should play and the role expected of the wife. A lot of men don’t give it to women, a lot of men feel because they have paid dowry of a woman, they feel the woman is just like an object they bought and they treat them anyhow. In this song, I wanted to let men to know the place of the women and also wanted the women to know if they pray for their husband, their husband will make the progress and succeed in life. Iyawo mi is simply about when the husband is banking on prayers of the wife to move forward in life. We pray not knowing that taking care of our wife sometime provides the leeway.

Can you let us into how you came about music and why did it take you this long to announce yourself?

Music is inborn, it’s a talent and when you have this talent, it’s either you actualize this talent early enough or you could still actualize later. In my own case I was supposed to have actualized the musical talent earlier in my age but in those days they call musicians hopeless people, jobless people, lazy people, we rarely could see even talent hunt like we have in these days so, most of the dreams were buried. I had that zeal to play music, to release an album but no help was coming forth so I had to bury it to go look for menial jobs, dirty jobs to sustain myself. One important thing is that a dream is not dead until the dreamer is dead. So this is what I have proven. Having written these songs more than twenty five years ago , I buried them inside me and I was doing my business but this year I decided I had to bring out the talent God gave me and with my friend, Yinka Best, it was made possible. Immediately I sold the idea to him, he made it happen. I must give him the kudos because what you are listening to today, he did not just provide the instrumentals, he played the sax and the track, Iyawo mi, one or two ideas came from him to make it what it is today.

Different people come to the industry for various reasons. What would say is actually your mission in music?

The reason why I decided to play music at this point of my life is because one, it’s a talent which I find comfortable to express at this time. Secondly, I felt there are lot of things musicians should be doing that they are not doing. Let me narrow it down to my album now. For instance, my first track is about Nigeria, addressing the issues about Nigeria and Nigerians, letting our brothers and sisters who want to stay put abroad without reflecting their aborigine that they are Africans, they are Nigerians. The second one which is Iyawo mi, I think I talked about it earlier, and the third one which is telling Nigerians how we can unite and progress. By the time you put all these together, I think you will get what my drive is. I am not doing it for the money, I am blessed but I wanted to give a message to my world. Bob Marley said, I play my music not for money but I realize money started coming so the result of the music might yield me money which of course I can’t reject. Money could be used for many things, I can use it to build homes for the less privileged and so on…to do humanitarian work basically. . So my mission is not about money but to pass messages that will impact my society and the world as a whole.

Since money is not your aim, are you going to limit yourself to recording of albums alone without doing shows?

How do you feel you eventually expressed a talent you have harbored for so long?

(Smiles) I feel great, I feel happy and I feel fulfilled. If I should die now, I will be smiling as I go because that thing in me which made me heavy has been lifted and that is music. I love music and spend so much time listening to music. I am happy I have been able to dispense the kind of music people would love. Nigerians have been long starved of good music because it is rhythm we have been coping with, no good messages. The kind of songs we have these days are what only the young lads can relate with, the older people have been completely shut out so, I am happy I have been able to do this and this is just the beginning.

What informed your choice of working with Yinka Best as the producer?

Yinka Best is experienced, he’s an international saxophonist, he’s travelled round the world…I think says much about him. And again, I would not want young lad to produce me because what I wanted would come from an experienced mind.

What is the title to the album?

Yes, there is a title. It is Ogo Oluwa. I wanted to call it, The Message but I changed it to Ogo Oluwa which means God’s glory. That is my wife’s name and that gave me the inspiration to do the track, Iyawo mi, because my wife prays for me. She started praying for me since we met and my life has changed tremendously for that so, I did that track particularly for her.

You are a scribe of PMAN but the fact is that people don’t think it exist and that it’s not been able to put make available a structure to help music?

There is PMAN, PMAN still exist but the truth is that, it has suffered major setbacks based on factions springing up. You know the nature of some of us Nigerians, there is this greed to make money so the ideology behind setting up a PMAN is completely misconstrued. But we are doing a lot to put PMAN back on ground. As it is now, PMAN is on ground and the factions we are seeing today are not recognized. We have only one PMAN and it is headed by Gbenga Falope and we the musicians are supporting Gbenga Falope that has six month to go in his tenure. Those who call themselves factions are impostors; they are stealing the rights of PMAN. You don’t need to create any faction because if you are interested in PMAN presidency, election will be held January next year, come there and contest, win and be the president of PMAN.  But if you come from somewhere and become self acclaimed PMAN president, you should be arrested, prosecuted and if found guilty, should be jailed.

Since you want the good of PMAN, don’t you think you should contest?

I did contest two years back to be the president of PMAN, I didn’t lose either but the decision that brought in another president instead of me was a gambling situation. After voting, there was a tie, my opponent had thirty one and I had thirty one. The voting was done again and it was still the same situation and the constitution did not provide for what to do in this situation so, it was agreed a coin should be tossed. The coin was tossed and my opponent emerged winner. Kinston Okoro became the president and one year after, he resigned. I was to take over because the situation was like PMAN had two presidents but one had to wait for the other so, when he resigned automatically, I should become the president but I always like the situation where I can prove to the world the legality of me. I am a decent man and whatever I do , I want to do decently , I don’t like coming through the back so, I decided not to come in that way , I want to come in when the whole world would observe my winning. That was how we agreed the deputy should take over and finish the tenure of Okoro which will end by December and election will be for January. Then, if I am free and still feel like serving, I will contest but if my focus is shifted from becoming the PMAN president, then I will not run.