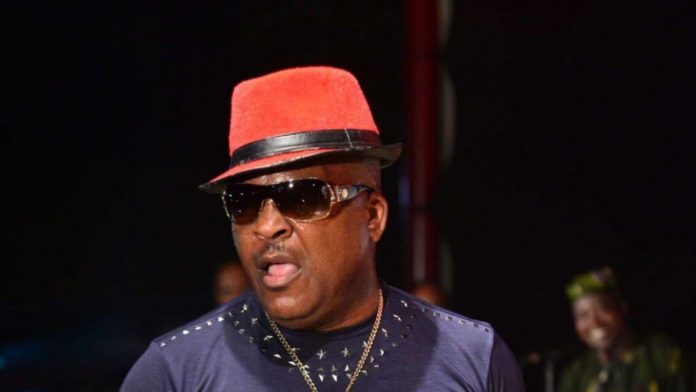 The Afro Juju Creator, Akanbi Oluwashina Peters aka SSP, will be leading other top stars to Abidap Hotel ,Mosan ,Ipaja  ,Lagos as the hotel marks 35 years of its existence on 28,December, 2019.

The celebration according to the Managing Director of ,Abidap Hotels Limited ,Chief Tony Adenubi is a three in one celebration that is 35 years of Abidap Hotel,end of the year party and the 65 birthday of the MD.

Adenubi said that the choice of SSP was borne out of a long time relationship with music star as well as being the first artiste to perform live at Abidap hotel.

Continuing he said that other artiste billed for the event are Megga 99,Lanre Teriba aka Atorise,Segun Blessing, Wasiu Alabi  Pasuma and other in house artiste.

He said Chief Commander Ebenezer Obey and the King of World beat ,Sunny Ade ska KSA will be the guest artiste.

Abidap boss who started hotel business with his uncle the owners of Mayflower hotel in the said he has cause to glorify God because hospitality business is in hi blood “I tarted from barman, to store keeper, supervisor,  waiter ,i  have served in all department of an hotel before becoming the MD of an hotel.

Chief Adenubi who had contact with the likes of KSA,Obey Sir Shina Akann,,the late Orlando Owoh,Sikiru Ayinde Barrister and others socialites like the late Chief Ayoku ,Adebutu Kessington at Safari Hotel, Mushin  said his success is due to hard work and perseverance.