Trouble may have once again reared its ugly head in the royal section of the society as traditional rulers of Iwo land and Ile-Ife, both in Osun state, Oba Rasheed Akanbi, Oluwo of Iwo and Oba Enitan Adeyeye, Ooni of Ile-Ife may have sparked a fresh row in the royal class.  Oluwo alleged that, to the surprise of dignitaries present, Ooni’s security guard pushed him a first class paramount ruler at the recent meeting of first class paramount rulers held at Presidential hotel, Port Harcourt, River State. 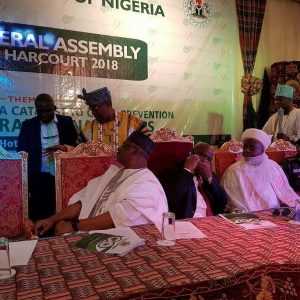 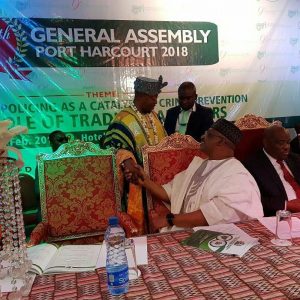 He alleged he was having a chat with the Minister of Interior, Dambazu, who had come to represent president Buhari, when Oba Adeyeye was returning to his seat from where he had gone to give votes of thank. He further revealed Ooni’s security aide asked him to leave the passage but that he got the shock of his life as the aide descended on him and pushed him off the road even as he claimed his plea with the aide to exercise some patience fell on deaf ears. Oluwo also alleged he believed Ooni was satisfied with the action of his security aide even though it came as a rude shock to dignitaries at the event who witnessed how a first class paramount ruler of Iwo was pushed. However, he said he did not say anything in order to let peace reign. 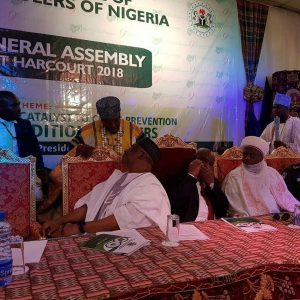 Sometime in the recently concluded year, 2017, Oba of Lagos, Rilwan Akiolu and His Imperial majesty, the Ooni of Ile-Ile, Oba Enitan Adeyeye Ogunwusi, it will be recall were some of the most talked individuals around and that was at the instance of the fact that the former Akiolu snubbed Adeyeye in the public. The issue which went viral was eventually put under control as Akiolu, who was at the receiving end of the blame apportioned by the public denied ever snubbing Adeyeye while he explained  he only greeted him the way greetings were exchanged back in the days.