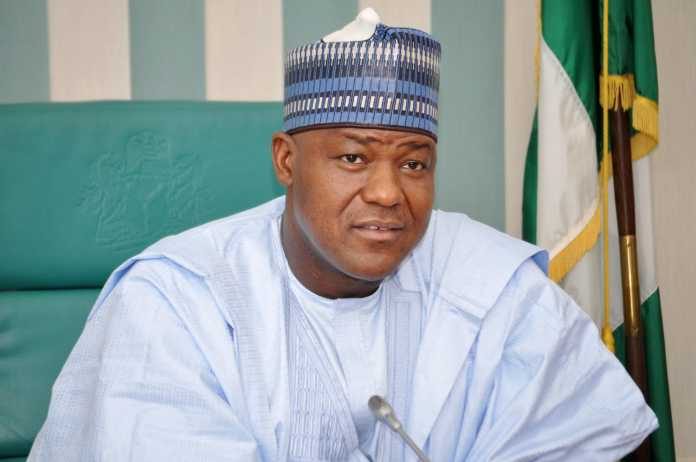 The speaker of the House of Representatives, Barrister Yakubu Dogara, deemed it necessary to make his latest birthday anniversary a memorable one; more so that it was a milestone golden jubilee. Celebration kicked off some days back with a novelty match among members of the two chambers of the National Assembly. The event turned out to be a glamourous one with the presence of the likes of Alhaji Aliko Dangote, Femi Otedola, Captain Hosa Okubor and other super rich dudes.
The event which started days earlier eventually got to its crescendo on 26th December. The first port of call for the birthday was before his creator where he went to do a thanks giving service at Living Faith Church, Abuja after which the train moved to two different orphanages where Dogara shared the joy of his day with the housemates. The grand finale took place at the International Conference Centre, Abuja, where dignitaries and movers and shakers of the society were present to celebrate with him. Meanwhile, Dogara’s biography titled, ‘A Reed Made Flint’, which was authored by Bashorun Dele Momodu, was equally launched at the event.
Yakubu Dogara was born to Yakubu Ganawuri and Saratu Yakubu on 26 December 1967. He began his education in 1976 at Gwarangah Primary School in the then Tafawa Balewa Local Government Area of Bauchi State. Upon graduation in 1982, he proceeded to the Bauchi Teachers’ College for his secondary education, and obtained a Grade II Teachers’ Certificate in 1987. In 1988, he went on to the University of Jos, Plateau State, from where he obtained a Bachelor of Law (LLB Hons.) degree in 1992.
From 1992 to 1993, Dogara was a student at the Lagos campus of the Nigerian Law School and was called to the bar in 1993. He later obtained a Masters (LLM) in International Commercial Law at Robert Gordon University, Aberdeen, Scotland.
He first took up employment in April 1988 as a teacher at the ATBU Staff School in Bauchi. Upon completion of the NYSC programme in 1994, he went into private legal practice until 2005 when he was appointed Special Assistant to the Minister of State for Transport.
He held this position until 2006, when he decided to contest to represent the Bogoro/Dass/Tafawa-Balewa constituency at the Federal House of Representatives.