Following the visit of the former governor of Oyo state, Alhaji Rasheed Ladoja to Burdillon, Lagos home of the national leader of the All Progressives Congress, Asiwaju Bola Tinubu, speculations are rife that the visit was a sign of support towards the speculated presidential ambition of Asiwaju. 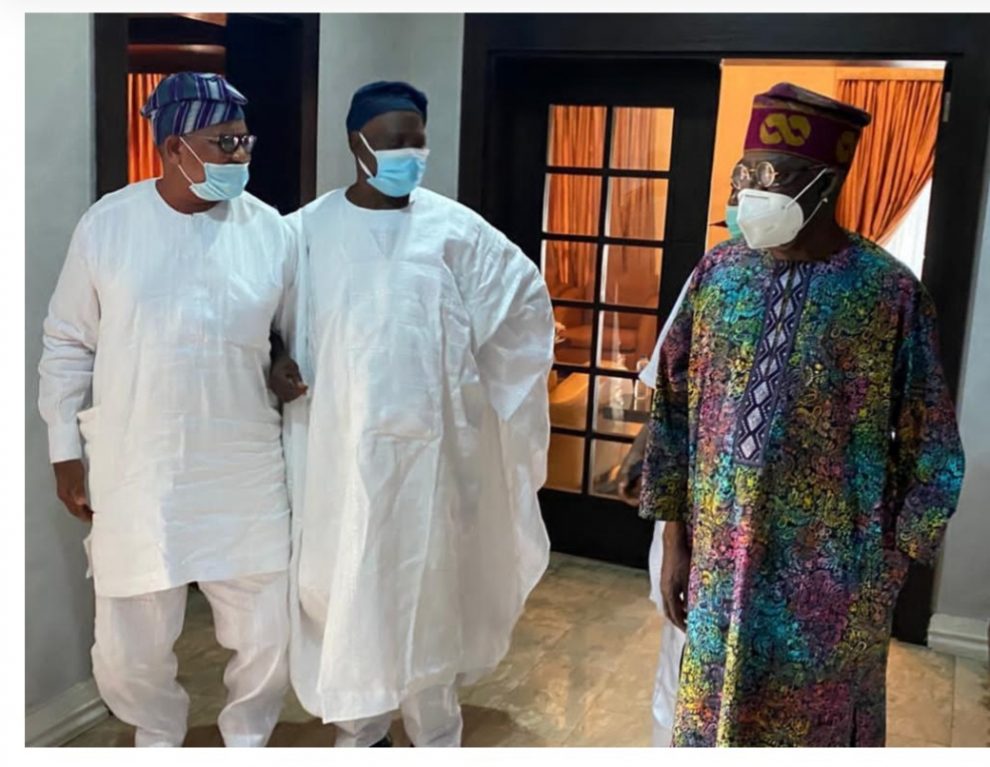 It is being insinuated that Ladoja’s visit is a sign that politicians are already identifying with the camp they want to belong ahead of the presidential election in 2023. Ladoja, it will be recall was in PDP, Accord Party, African Democratic Congress and now Zenith Labour Party.

Tinubu and Ladoja served in the Senate between 1992 and 1993. They were also members of the Social Democratic Party and joined NADECO in the turbulent days of 1993 June 12 struggle.

However, former Oyo governor, Ladoja, has debunked rumours that he visited Asiwaju Tinubu for political reasons.

Speaking with newsmen through his media aide, Alhaji Lanre Latinwo, he explained that he was in Lagos to honour the invitation of a former General Manager of the Nigeria Ports Authority, Chief Bayo Sarumi, who recently buried his in-law in the former federal capital territory.

He added that he decided to visit Asiwaju Tinubu to sympathise with him over the destruction of his investments like Television Continental, TVC and The Nation newspaper during the recently witnessed #EndSARS protest.