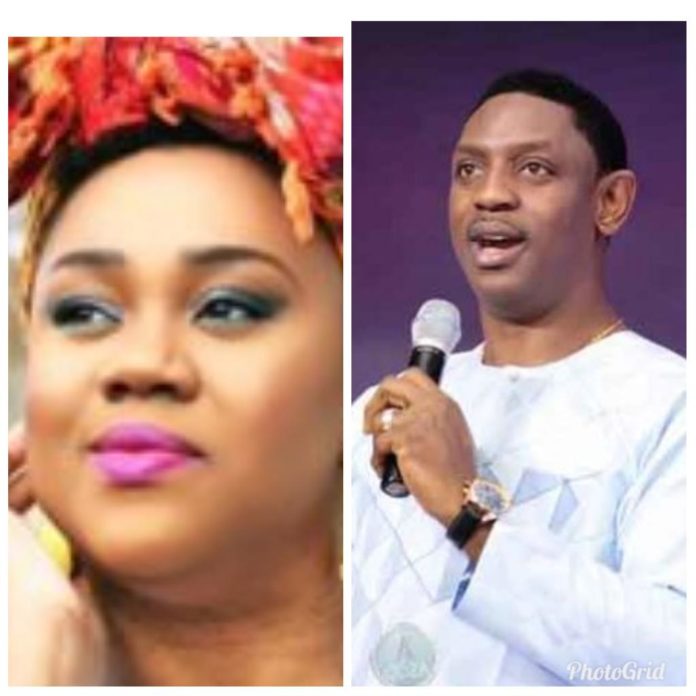 Following the scandalous accusation made by wife of popular singer, Timi Dakolo, Busola, that senior pastor of Common Wealth Zion Assembly (COZA) Biodun Fatoyinyo allegedly raped her some years back, United States of America screen goddess, Stella Damasus has lend her voice to the controversial issue as she alleged the said Pastor, Biodun also raped her friend.

Damasus made the fresh allegation in a series of tweets on Friday about the controversial Abuja-based flamboyant cleric.

The actress, who disclosed that she just spoke with that friend of hers, described the alleged victim’s experience as “shocking.”

Wondering why people are expressing doubts over Busola’s allegation, Damasus tweeted that her friend informed “people around” the pastor of the alleged rape “but they all suppressed it.”

“I AM IN TEARS RIGHT NOW. JUST GOT OFF THE PHONE WITH SOMEONE I HAVE KNOWN FOR 15 YEARS. SHE HAD THE SAME EXPERIENCE WITH THIS SAME PASTOR. THE DETAILS OF HER EXPERIENCE WERE SO SHOCKING. SHE TOLD PPL AROUND HIM, BUT THEY ALL SUPPRESSED IT. ARE PPL STILL DOUBTING THIS INCIDENT?”