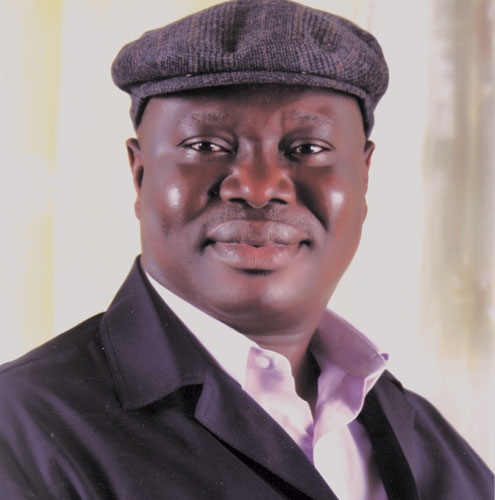 The Supreme Court has ordered the retrial of a former Speaker of the Lagos State House of Assembly, Adeyemi Ikuforiji.

Ikuforiji and his ex-aide, Oyebode Atoyebi, were charged with money laundering offences involving N338m before the Federal High Court in Lagos.

The case was prosecuted on behalf of the   Economic and Financial Crimes Commission (EFCC) by Godwin Obla (SAN), with the trial judge, Justice Ibrahim Buba, freeing the defendants.

The Court of Appeal in Lagos set aside Justice Buba’s decision and ordered their retrial, a decision Ikuforiji and Atoyebi appealed separately to the Supreme Court.

In a unanimous judgment yesterday in the appeal by Ikuforiji, a five-man panel of the Supreme Court led by Justice Mary Peter-Odilli, ordered a retrial of the case before another judge of the Federal High Court, other than Justice Ibrahim Buba, who had exonerated Ikuforiji and his co-accused.

The Supreme Court had in December last year, made similar orders of retrial and re-assignment of the case to another judge in its judgment in the appeal filed by Atoyebi.

Justice Ejembi Eko, who read the lead judgment, affirmed the earlier judgment of the Court of Appeal, which had set aside the acquittal handed to Ikuforiji and Atoyebi by Justice Buba.

Justice Eko ordered that the trial should start de novo (afresh) before another judge of the Federal High Court to whom the case should be re-assigned.

He said, “Charges were amended and increased to a total of 54. Charges related to acceptance of various cash payments from Lagos State House of Assembly without going through financial institution which under the Money Laundering. (Prohibition) Act are each criminal offences.

“I considered all the issues and found no merit in the appeal. I dismiss the appeal in its entirety.

“The decision of the Court of Appeal delivered on November 26, 2014 and the orders made therein are affirmed and I order that the case be re-assigned to a judge of the Federal High Court other than Buba J. for expeditious hearing and determination de novo.”

Justice Buba, who is of the Lagos Division of the Federal High Court, had in a ruling in September 2014, held that the Economic and Financial Crimes Commission failed to establish a prima facie case against Ikuforiji and Atoyebi and dismissed the 56 counts against them.

Dissatisfied with the Federal High Court’s judgment, the EFCC appealed to the Court of Appeal, Lagos, which, in November 2016, overturned Justice Buba’s verdict and ordered that Ikuforiji and his former aide be tried afresh before another judge.

But both Ikuforiji and Atoyebi had filed separate appeals against the Court of Appeal’s decision and went to the Supreme Court in 2016.

The EFCC prosecutor, Chief Godwin Obla (SAN), who had handled the case up to the Court of Appeal level, had in one of the 10 grounds of the appeal contended that the Federal High Court was wrong to have concluded that Section 1 of the MLA applied only to natural persons and corporate bodies and not to government entities like the Office of the Speaker of the Lagos State House of Assembly.

Additional report from The Nation