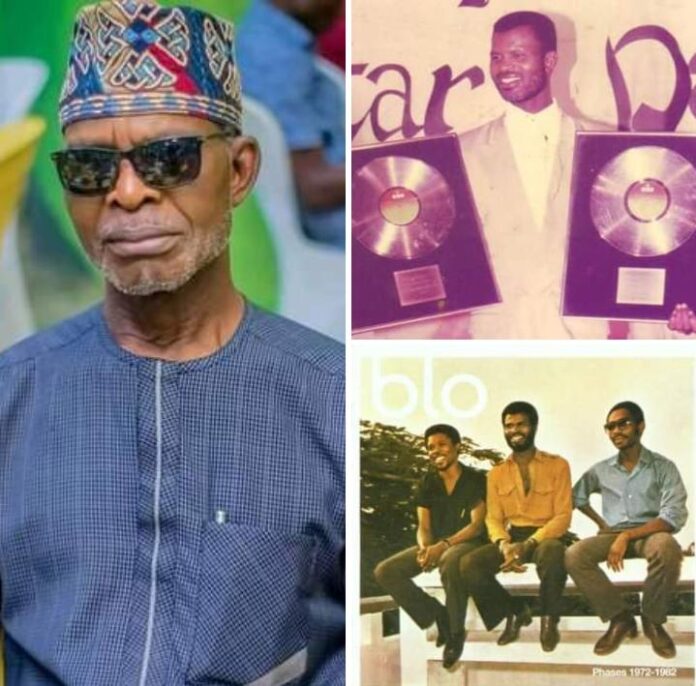 The Star behind the Stars: Celebrating the Master Producer, Laolu Akins @76 -By Bimbo Esho

He breathes music and his passion for music is second to none. He remains till date the brain behind *Evergreen Songs* of the originals a recognition which earned him platinum disc award and best producer of the year award in 1991.

Together with Beckley Jones and Mike Odumosu they formed the popular Nigerian music group BLO in 1972. The group which reigned for about 10 years fused the Afro sound with Funk and Western Rock sound delivering a completely unique sound that defines the full spectrum of black music.

Laolu Akins and the Lijadu sisters were members of the Afro Collection Band led by Tee Mac Omatshola Iseli the popular and highly respected Nigerian Flutist. The band was a resident band at Batakoto, Lagos.

The group toured Germany, Canada, United States , England before they returned back to Nigeria.

Laolu Akins produced Ace and Shinamania by Shina Peters in 1989 and 1990 respectively.

He produced Bubble and Mr Johnson play for me by Adewale Ayuba in 1991 and 1992 respectively.

These songs without doubt changed Nigerian local vibe for global acceptance and became the authentic beats of the future.

Laolu Akins deep knowledge of sound is legendary and worthy of study. From Afrojuju, To Fuji, To R n B to Afrorock , etc.

Happy Birthday to the Star behind the Stars.