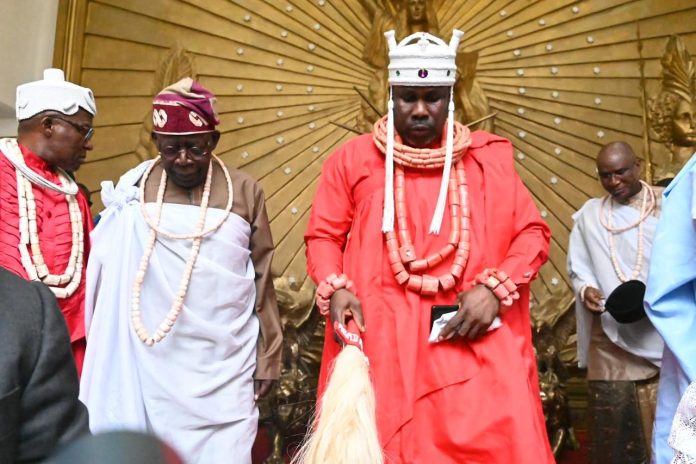 The presidential standard bearer of the All Progressives Congress (APC), Senator Bola Ahmed Tinubu, has promised to engage in regular consultations with Niger-Delta leaders to facilitate the formulation of policies and initiatives that will enhance the region’s development. 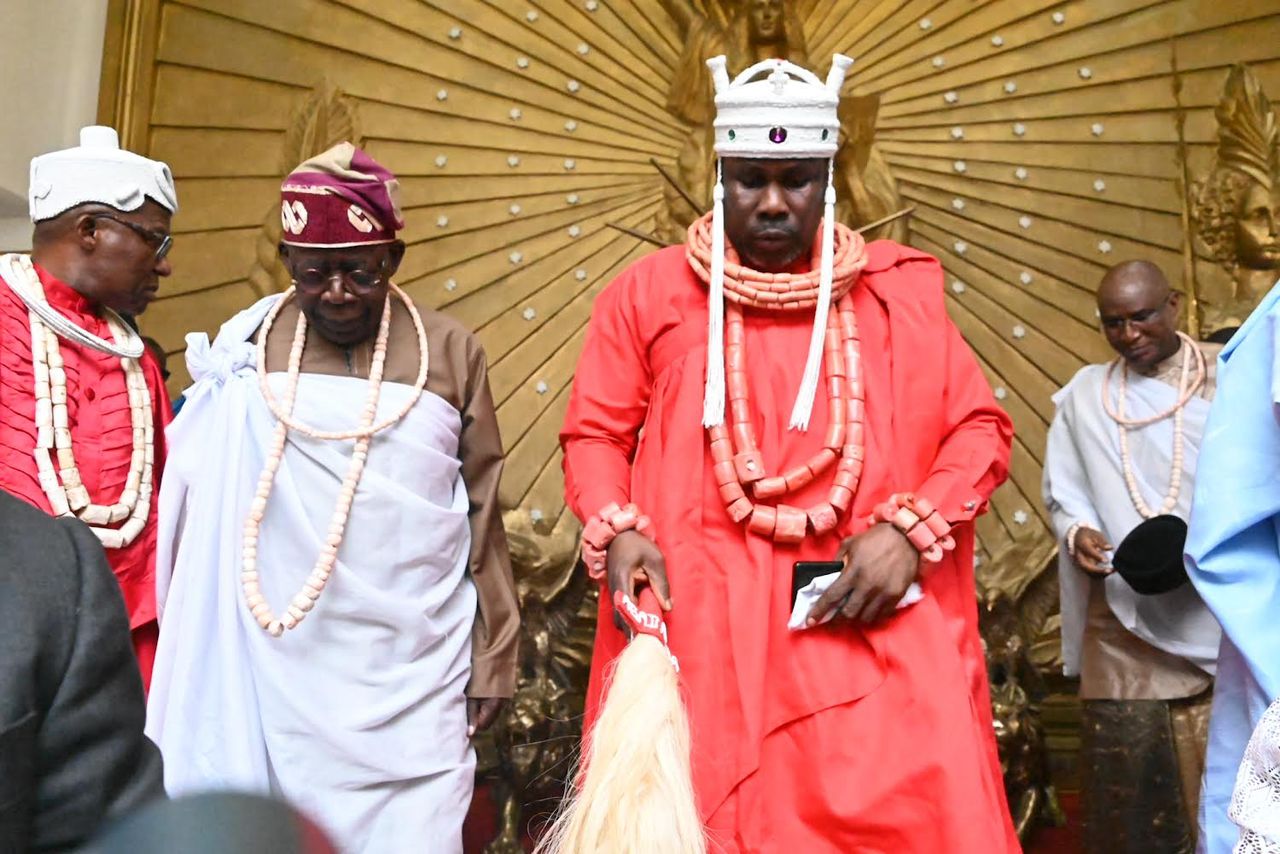 He spoke in the presence of full compliment of traditional rulers from the kingdom led by the Pere of Gbaramotu Kingdom, His Royal Highness, Oboro Gbaraun II.

Tinubu was in Oporoza, the country home of ex-warlord, Chief Government Ekpemupolo aka Tompolo, in Warri Southwest council area of Delta state.

At the meeting, the APC presidential candidate bagged the second traditional title in two days- the ‘Iyelawei’ of Gbaramotu- meaning the torch bearer of the kingdom.

Receiving Asíwájú Tinubu in his palace, the Pere of Gbaramotu showered praises on the APC candidate, while praying for his success in the presidential election. 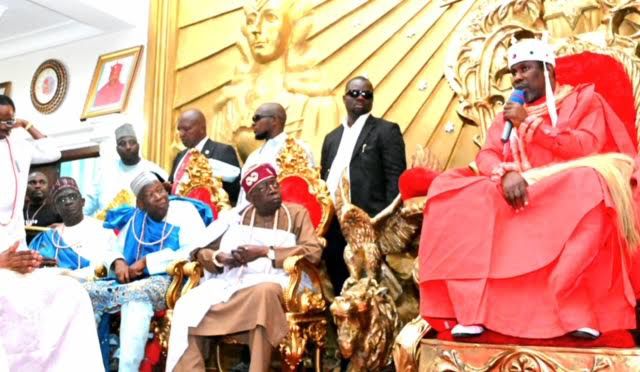 The traditional ruler urged Tinubu, if elected, to ensure the establishment of a deep sea port in Gbaramotu, industrial park in Ogidigben and good roads and bridges leading into the kingdom.

In his response, Asíwájú Tinubu promised to work to speed up the development of the region, saying he would engage in regular consultations with the leaders to emplace initiatives and projects that would help the region. 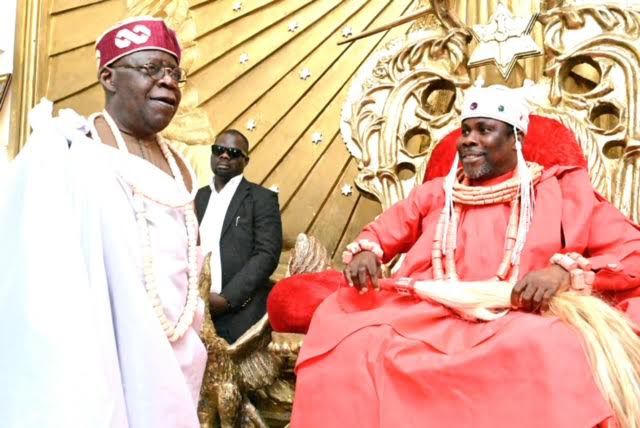 “I’m one of you. My wife is a daughter of the Niger Delta. Your in-law is also your son. No be so?’,  the APC presidential candidate asked in pidgin English to which the mammoth crowd yelled “Na so.”

He said he was aware the Warri- Escravos/Gbaramotu road had been awarded, pledging to ensure the completion of the road by getting the contractor involved to deliver on the project.

He also said if elected, the Ministry of Niger Delta and the Niger Delta Development Commission will serve the full purpose for which they were established.

“The man standing before you will implement whatever he promised. You need honesty, you need commitment to perform. I embody both.

“I know the road and I will carry the Niger Delta people along. We will consult your leaders for the development of Gbaramotu Kingdom and other associated communities,” he added.

On arrival at the palace of Oboro, Tinubu  and his entourage were treated to exchange of pleasantries, rooted in customs and tradition.

The APC candidate and his team were presented with kolanuts in demonstration of love and hospitality of the people.

As Tinubu was conferred with a traditional title, others in his entourage also received various titles.

Omo-Agege said he accompanied to the palace, the candidate who would make the difference in the lives of the people of the Niger Delta because “he is progress and development-oriented.

“He knows what to do because he had done it before. He is our hope to change the fortunes of the region.”