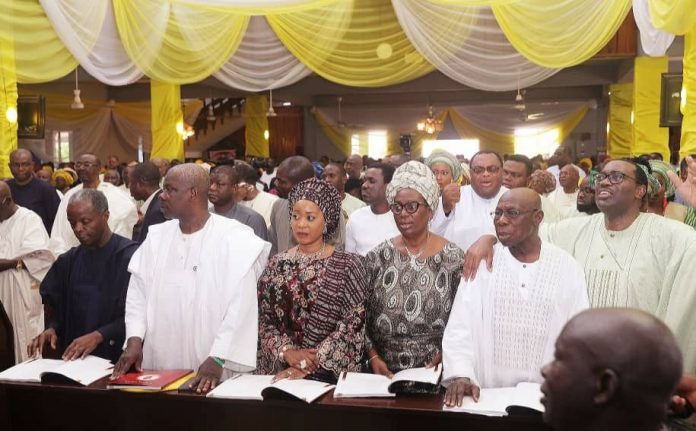 Akinwunmi Adeshina who could be referred to as a gold fish that has no hiding place because he was doing very well in his chosen field that he was spotted to be made a minister so he could use his potentials to the nation’s advantage. That he was exceptional among his colleagues who served under former President, Goodluck Jonathan will amount to an understatement as his achievements are backed with records. 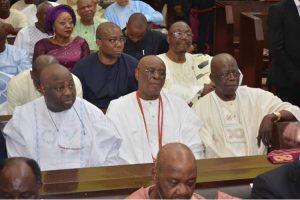 Despite the fact that power has changed hands, in a rare manner, politics and sentiments were put aside to give support to the nomination of former Minister of Agriculture, Akinwunmi to hold sway on continental stage. Today, brilliant Akinwunmi is making Nigerians proud at his post as the point man of Africa Development Bank.
On a rather personal note, Akinwumi few months back, made the news when he lost his father to the cold hands of death and almost immediately, expectation became high as per what it would look like for such a prominent figure to bury his father.

However, time gradually ticked away till a date was fixed to observe burial rites for the departed soul and the ceremony was held recently. Having had a life well spent at the ripe age of 96, Chief Roland Folorunsho Adeshina was committed to mother earth in an elaborate and befitting manner so much that the ceremony has remained the talk of the town.