Boss of TrippleMG who hails from, Ubi Franklin has introduced yet another line to his chain of businesses as he launched an automated cab service tagged ”InstantRyde” .
This idea became a reality after Ubi, man brain behind Made Men Music Group, had launched Instant Pick Up, an online laundry service in Lagos state, Instant Apartment, also an online short-stay apartment booking platform currently operating in major cities across the globe.
At the first port of the launching which was Calabar, Cross River, He explained why he had to bring the taxi service to Cross River. His words, “Charity begins at home, that is why we decided to start with Calabar. It could have been Lagos or Abuja as expected by everyone, but here we are in Calabar. This is because we need to start from home”.
Cross River Commissioner for Finance, Mr. Asuquo Ekpenyong and the Director General of the Bureau of Public Private Partnership, Mr. Udiba Effiong were in attendance.
While plans are in offing to extend services of InstantRyde beyond Calabar, it has already been introduced in Port Harcourt in Rivers State and Uyo, Akwa-Ibom state. 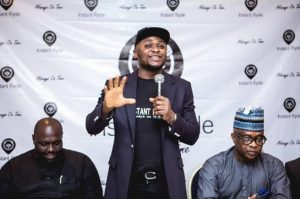 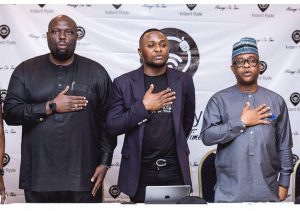 More Winners to emerge in the Ongoing Polaris Save & Win Promo, as 2nd draw holds December 8

Sterling named Best Employer for the fifth time in a row