Perhaps, veteran script interpreter, Joke Muyiwa, might not have been a known face, probably if not for her involvement in the acting world. As not just an actress, but one of the most outstanding ones who have equally kept the fire burning for a very long time, this woman , through her acting prowess , today, ranks among the most popular and respectable practitioners with large fan base  in the industry.

As the saying goes that, a man’s talent will make way for him and enables him dine with the kings, Joke’s talent may have further paved way for her and placed her among the honorable ones in the society as she has just been decorated with a chieftaincy title. As a gesture of encouragement and recognition of her contribution to the world of art as a lecturer and actress,  In the public glare, the Ebumawe of Ago-Iwoye, Oba Razak Adenugba conferred on her the title of Yeye Asa of Ago- Iwoye land.

Joke Muyiwa is a Nigerian film actress and academic staff at Olabisi Onabanjo University in the department of Performing arts. She won the 5th Best of Nollywood Awards for the lead role in a movie titled Ayitale, produced and directed by Femi Adebayo. 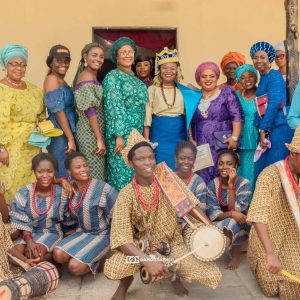 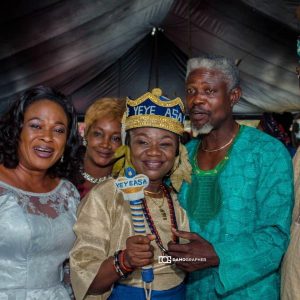