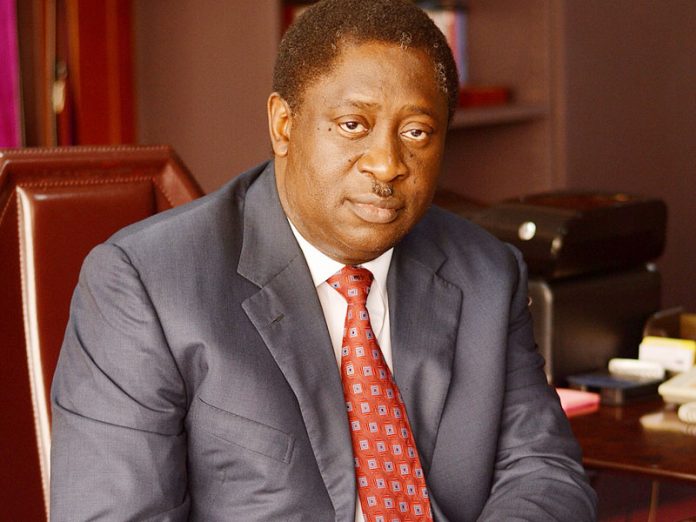 Bolanle Olawale Babalakin ranks among names that command respect anywhere it is mentioned and will open even doors casted in iron in this country. Interestingly, the bearer, Wale did not achieve this based on the fact that his father, Honourable Justice Bolarinwa Oyegoke Babalakin (rtd) bequeathed it to him but he’s done everything possible to ensure it remains unstained even as his strides can only continue to fetch him accolades.

Sustaining legacy of good name bequeathed to principal partner of flourishing law firm, Babalakin & Co, Olawale may have come in no cheap ways as this brilliant lawyer has gone through phases that could make a careless or nonchalant taint his image. From now, being able to hold on to his integrity as well as emerging triumphant in all battles are part of the reasons Babalakin would still be basking in great euphoria as he landed double celebrations. Babalakin, days ago added another year to become 58 years old and his law firm clocked 30 years of successful existence. Looking back and seeing how great he’s become, this dude sure has reasons to be thankful as he lived not just a successful life but also one worthy of emulation.

As a business man, even though he’s had rough times to contend with, his achievements cannot be underrated. Babalakin, who sits as the Pro-Chancellor and Chairman governing council of University of Lagos places great premium on education that he gladly places fortune on his scholarship scheme that has seen many liberated.

Meanwhile, as a man of modesty, no party was thrown in celebrating his birthday anniversary but barrage of congratulatory messages was received about the birthday boy’s personality even as a program that is more official in nature was hosted tagged, ‘Evening with Wale Babalakin’, an avenue to celebrate 30 years of his Chambers and mainly to impact young lawyers, was held at Victoria Island.