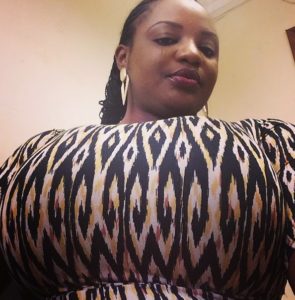 Beautiful script interpreter, Funke Adesiyan, no doubt rates among actresses whose faces are known to the public and their names ring a bell. However, unlike many of her peers that became popular through one movies role or the other, light skinned Funke readily comes to mind of many based on her publicized love affairs, the fact that she possesses a captivating look and not writing off fact that she’s well to do and flamboyant in her own right.

Funke, it will be recall dated Mr. James Bond of Nigeria film industry, Saheed Balogun, popular socialite, Saheed Salawe a.k.a Sati Rahmon, while she was also rumored to have engaged in sizzling romance with a former northern governor.

Movie buffs who have ceaselessly wondered why the actress does not feature regularly in movies may not need to wonder any further as the elegant lady has spoken about it. Reacting to why she’s not regularly seen in movies, the former Oyo State House of Assembly hopeful, Adesiyan, revealed it is a deliberate act and that she does not see reason she should take part in all movies since acting is only her hobby and not a job.

‘What is your description of a good actress? Is it about how many movies you appear in? One of the people I like in the industry is Aunty Tina Mba, her interpretation is impeccable and you do not see her everywhere. Another person like that is Aunty Joke Muyiwa. She does not act every day. To me, acting is more of a hobby than a job. I act when I feel like; I do not allow people to push me around. If I do not fit a role I am being offered, I say sorry I do not fit that role. I am not an everyday actress, I have never wanted to be a face on every movie jacket, I don’t want to do that; I just want to be remembered for being good at what I do’. She explained.