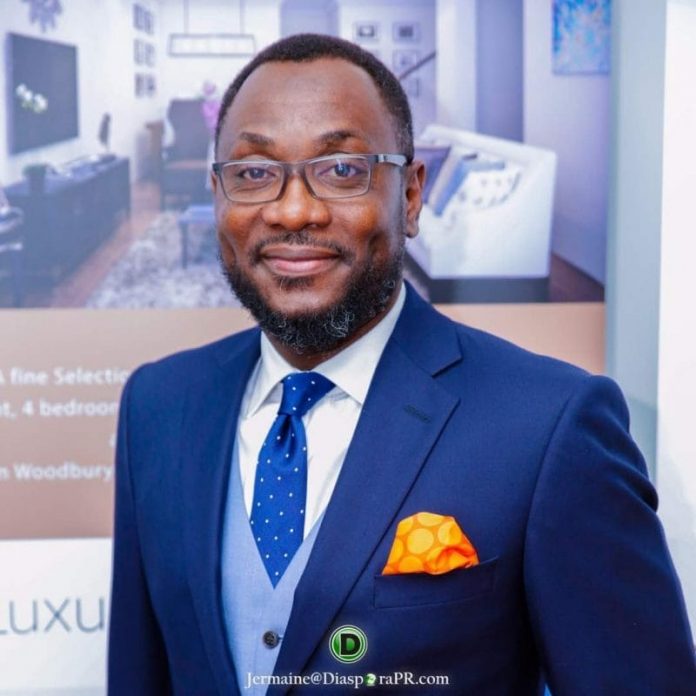 Handsome, brilliant and refined Dayo Bush Alebiosu, is the son of frontline Lagos politician, Alhaji Busura Alebiosu. Beyond the privileges that come with his background, Dayo has gone far ahead to prove he’s a man of his own, equipped with capabilities to make things happen. His two-term representation of Kosofe Federal Constituency at the National Assembly, many will tell was quite robust. Aside his public life, this architect-turned politician is a man who knows and cherishes family values. Honourable Bush, who doubles as Otunba Fuwagbuyi of Ijebu land, in this interview with WOLE ADEPOJU speaks about his leadership skills, style and family.

You have a background that could afford you to be docile, but you approach everything with utmost seriousness. How do you react to this?

At the age of seven or eight, I wanted to be an architect. At the age of 17 going on 18, I wanted to be a politician. I come from a political background and it’s always been something I wanted to do. We had an agreement that I would graduate and then go into politics and I got the support of my parents. However, because it’s my passion, I had a prepared mind. I want to continue to set standards; five years ago, I took a projection saying, ‘where did I want to be five years from now? I knew exactly where I wanted to be and that’s why I went back to school five years ago. I started to do my program five years ago , by next year, the five years will be completed, which would mean that I will have to set another five years goal for myself, and this is the only way one would continue to be in tune with the reality of time. For me, it’s like driving, I keep looking forward. Occasionally, I look in the rear view mirror to see what is happening behind me. But for me, it’s all about moving forward.

I was a rascal! I was a bit of a rascal; not a bad rascal but the regular Lagos boy. I have a lot of people who look up to me. The mentoring system in Nigeria is broken down; this is something we are trying to rebuild right now and in the process of trying to rebuild it, we have to set standards. That is my daughter there (pointing at his little girl), I challenge them. Because they know that daddy is back in school, they know when am studying. As I am studying here, sometimes they are studying there as well. They know this so they have no reason not to step up. So I’m leading by example and that is one great thing to do. Besides, you discover that when you look around the world, a lot of leaders today, the age keeps dropping. It has now dropped to about thirty eight. The youngest and most powerful politician out of Austria, for example, Sebastian Kurz, am not sure if he’s thirty yet. He started to make a lot of noise to get the world’s attention at 27. They are called the 21st century leaders. We must be able to compete at that level and that’s why I continue to attend global conferences to know what is happening globally, and that’s truly the only way we can take Nigeria to greater height; I can only play my part.

How much of what you set out to achieve while growing up have you actually accomplished?

Practically everything! God has been so amazing to me. I am very blessed, I would say that. God has been wonderful to me. Everything I have asked God for, he’s done for me. As matter of fact, I see positive in the negative. However, you know the human need is insatiable so we will continue to ask God and for as long as we continue to ask, we continue to set goals and challenges for ourselves.

With your busy schedule playing politics, studying and attending to family, how do you manage your time?

I find a way. Politics takes a lot of my time; yes, for example, the weekends I dedicate to the family. The only thing is that it reduced some social functions for me. Where a lot of people go to party over the weekend, not that I don’t want to go but this is the dedicated time I have to spend with the children and my family. I am able to joggle it.

You are a chief in Ijebu land, what does that take off you?

I think it’s a great honour. I remain grateful to Awujale of Ijebu land. He’s one of the most respected monarchs in the country today and in Africa as a whole. He says what he means and he means what he says and for that reason, he’s earned a lot of respect and for him to have bestowed such honour on me, am really grateful. That is another form of leadership being passed on to someone as young as I was when I became an Otunba and it meant a lot.

What is known as baby mama and young ones having children out of wedlock is fast becoming a trend. As one who has been in marriage for a while, what is your view of it?

Every partnership, even siblings of the same parents have misunderstanding and things like that. I think ego has been a major issue and when you pay attention to a lot of things like, ‘this is me…this is who I am’. Though I am not a marriage counselor but I can tell you ego has nothing to do but to destroy. It is like a bullet; it never has good intentions.

The impression many have about marriage these days is that it’s more of bondage. What’s your take on this?

I think we have been influenced by Western culture and tradition. We are a very cultural and traditional people, so there are certain things that are applied to laws. There is probably no law they have abroad that we don’t have here but I say it that these laws may favour them there but there is what we have to do, I call it domestication; we have to fine tune it to suit our culture and our tradition. But this precedence has been set by the western culture that oh, there is no big deal. But in those days in Africa, they tell you, you cannot; it’s a bad thing, so it kept a lot of people in their marriages, but because there is another school of thought that is western culture which is telling us, there is nothing wrong with it, you can survive by yourself but then, we forget the impact it has on the kids. The old books, Bible and Quran talk about the role of a father and the mother and of course, when we say it doesn’t matter, it means we are questioning or disputing things.

You dress so well. Where did you get that from?

I am an architect; ever since I was young, I remember my father would say I wasn’t paying attention when he picked me up from school, but it was not that I wasn’t paying attention. I would look at every building, what was different about one. I have always been fascinated by beauty. I have a creative mind; it’s not about how expensive things are but how well you are able to put them together. For me, it’s about packaging; whether it’s traditional Kembe. I remember when I first started to wear them, a couple of people asked me, are you for real? And now, everybody is wearing it. When I started to wear it, I could say I was one of the pioneers within our age in this generation to wear it. It’s a good thing to know one sets the trend. For me, it’s one of the things I like.

Cute guys sometimes have issues where their wife feels insecure. Is it the same way for your wife?

No, not at all. We joke about it, even if I have to go out alone. She throws some jabs occasionally but she never fights me about it. She may tease me, she may throw a couple of jabs but that has not been in our case.

What legacy are you aspiring for?

Greatness! Nobody sets out for greatness; they go after greatness. They just do what they have passion for. If you ask Mandela if he wanted to go to jail, am sure nobody wants to go to jail. Jail is not anywhere good for any man. Even animals, look at them when they are caged, they look sad all the time. But you encounter some things along the way that are not palatable when you follow your passion.