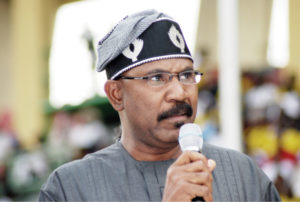 Not until recently that President Mohamadu Buhari’s led administration announced the suspension of the secretary to the Federal Government, a man that was believed to be a trusted aide of the president, David Babachir Lawal over corrupt allegation, many were skeptical of the anti –corruption fight the government has embarked upon.  Although, an investigative panel headed by the Vice President, Professor Osinbajo was constituted with a given time frame to get to the root of the matter that led to Babachir’s suspension, but what is believed is that the affected official may have been done for as Buhari is believed not to be interested possessing luggage that would smear his image even as he’s basking in euphoria of commendations that have trailed his decision to do away with Lawal.

Dr. Habibat Lawal from Bauchi has since been appointed to feel in the position of the secretary to the Federal Government in an acting capacity while the search for a substantive person continues. In the  course of the search however, immediate past governor of Edo state, Comrade Adams Oshiomole and former Speaker of Lagos state House of Assembly, Senator Olorunnimbe Mamora may have come to the picture as options from which a likely replacement of Babachir might be picked. The both men from their antecedents and records, are no doubt eligible for the plum job, but if information making the round in privileged quarters is anything to go by, the latter, Senator Mamora seems to stand the chance of landing the post on the account that he possesses great self -control and he’s got patience against Oshiomole who is obviously lacking in this area for such a sensitive position.

It is still very fresh in the memories of Nigerians how the former labor leader, Adams, during his reign as governor of Edo state out of bad temperament and impatience asked a poor widow to go and die, when the former presented quest for daily bread as excuse why she was selling during monthly sanitation exercise before she was caught.

Meanwhile, many of top APC faithful who are rooting the medical doctor turn politician, according to source are comfortable and have great trust in their candidate, Mamora for his sterling qualities that speaks volume.  In the same vein, party members are already seeing it that landing him the job will not only make up as compensation for a loyal party man whose ambassadorial nomination was truncated , but would have afforded the party to bring a capable hand and one of its best brains on board. It will be recall that leadership quality and antecedents provided by Mamora while he was speaker of Lagos assembly has impacted greatly on the stability and peace that has continually pervaded the assembly till now. It is also on record that he endeared himself to the Nigerian populace during his stay at the National Assembly, Senate, where he was outspoken and his peoples’ oriented views stood him out of the pack.