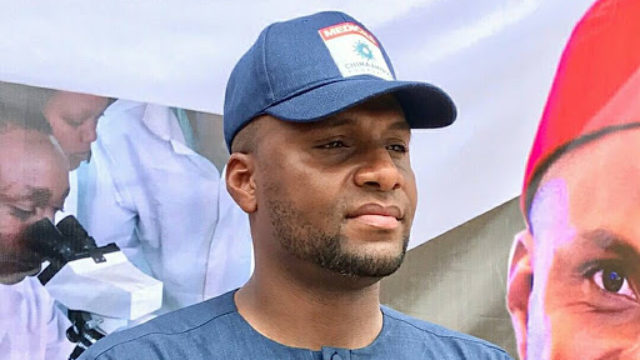 Abia State-born Chimaobi Desmond Anyaso might be one who believes in going about his business, yet, he needs little or no introduction as his resounding success has defied his privacy. Chima, a billionaire business man is among young people who are flying the flag of the youth.

While Chima could be said to have conquered in all he has put his hands in, the gangling dude feels it’s time to contribute his quota through participation in partisan politics. It will be recalled he’s among those encouraging participation of the youths in politics through a movement called, New Nigeria Movement.

The group also played serious role in the actualisation of the recently accented, ‘Not too Young to Rule Bill’. It may no longer be news that Chima is interested in representing Bende Federal Constituency in House of Representatives in 2019.

What could however be of interest is how many people are so excited about his decision that the ambition is daily gaining momentum and this has really humbled him as much as it’s a source of pride to him.

Without his consent, a foreign based constituent recently erected a billboard which cost a fortune to support Chima’s House of Representatives ambition tagged, Redemption NN19. Expectedly, this singular act has further put fear down the spines of Chima’s opponents. He’s pursuing his ambition on the platform of PDP.