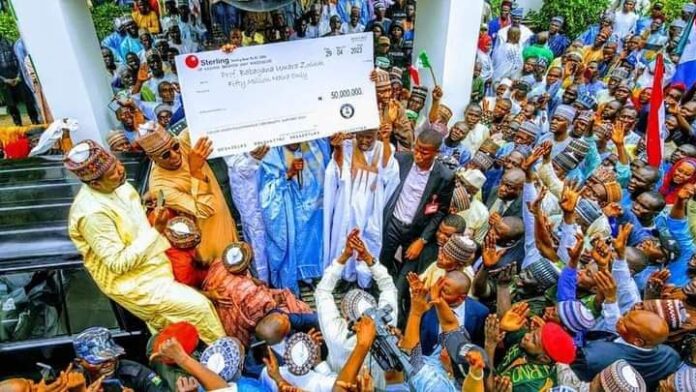 Over 179 clubs, associations and professional bodies with thousands of members have raised funds and presented a cheque with the value of N50m to Borno State Governor, Babagana Umara Zulum, to cover the cost of purchasing expression of interest and nomination forms under the platform of All Progressive Congress (APC). 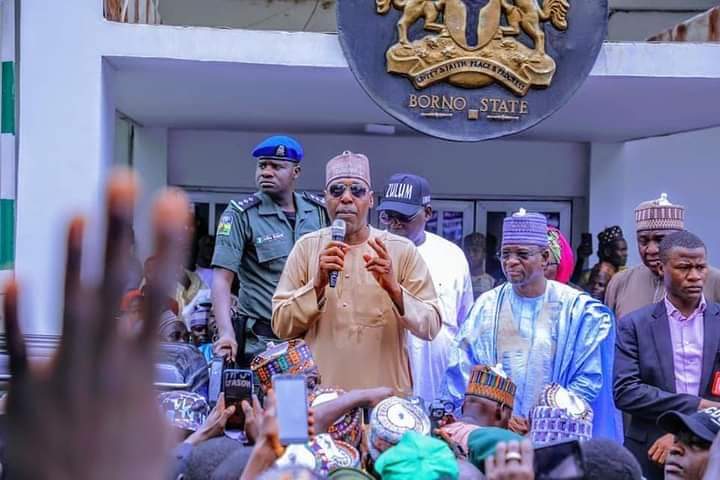 The groups had weeks ago began to gather contributions from members and made public an account number to which members channeled contributions of various sums.

Presenting the N50m cheque, spokesperson of the coalition, Alhaji Awaji Bukar, said the contributions, some of which came from as low as N1,000 by some of their members, aimed to convey their appreciation to Governor Zulum for his purposeful leadership to the good people of Borno State.

He explained that the donations came from many registered members of over 179 clubs, associations and professional bodies across the state.

The Zulum administration has, in three years, recorded more than 600 capital projects and introduced far reaching policies and programmes that include ongoing resettlement of internally displaced persons and refugees in more than 10,000 newly built houses and thousands of rehabilitated homes.

Zulum in his response, expressed gratitude for the confidence reposed in him by the groups and said he was particularly impressed with those who gave N1,000 from their meagre resources.

The Governor assured the groups that his administration, if elected for a second term, would construct more infrastructures and invest far more in commerce, vocational education, job, and wealth creation and so on.

Zulum also noted that with the increased stability across the state, the enormous amount spent on providing livelihood to the vulnerable would be channeled to providing developmental projects.

State Chairman of APC, Ali Bukar Dalori, who also addressed the groups, commended them for their sacrifices and for identifying with the APC in Borno State.