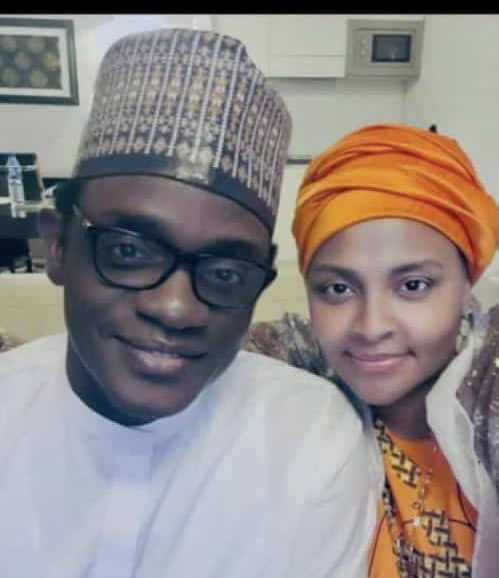 The Governor of Yobe State and Chairman of the All Progressives Congress (APC) Caretaker/Extraordinary Convention Planning Committee, Mai Mala Buni, is about now getting married to Gumsu Abacha as fourth wife at a private ceremony.

Gumsu Abacha is one of the daughters of former military Head of State, the late General Sani Abacha.

The low-key marriage is being held at Mohammed Abacha’s residence .

Gumsu, 45, was previously married to Cameroonian multi-billionaire, Bayero Fadil Mohamadou, but they separated in 2020.

They were married for about 20 years before the union hit the rocks, and now she has found a new home in Buni’s

In 2019, the governor married his predecessor’s daughter, Adama Ibrahim Gaidam, barely 24 hours after taking the oath of office.

Ummi Adama Gaidam, who was studying in Saudi Arabia at the time, was married as his third wife.

Buni was National Secretary of the APC, when Gaidam declared interest in having him as his successor.

Jumobi Omisore Gives Back to the Society at Ramadan