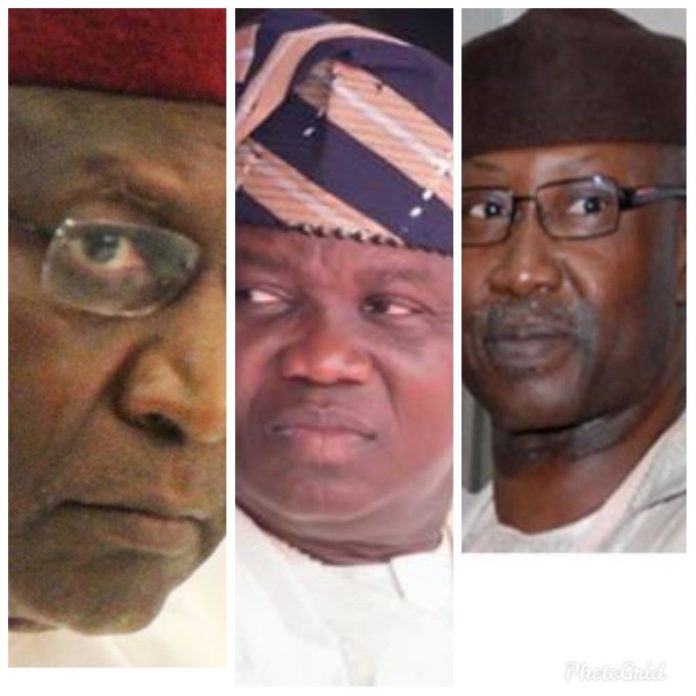 The plan to prevent any Southwest politician particularly Asiwaju Bola Ahmed Tinubu from replacing President Muhammadu Buhari when he must have completed his tenure in 2023 continues to gather momentum.

The cabal, rooting for another Northerner to replace the current President, led by the trio of: Chief of Staff to the President, Abba Kyari; the Secretary to the Government of the Federation, Boss Mustapha; and the Governor of Kaduna State, Mallam Nasir el-Rufai; have been perfecting their plans of discrediting Tinubu as well as cause confusion in the Southwest as a prelude to the realization of their plans.

It can be reported that for now they have been succeeding in their plans as the purported election of a Yoruba Leader has sharply divided stakeholders in the region.

It was exclusively gathered that immediate past Governor of Lagos State, Akinwunmi Ambode, has been identified as integral part of the plans to scuttle the presidential ambition of Asiwaju Tinubu.

It was learnt further that Ambode had assured Kyari and co of his readiness to release incriminating documents on Tinubu with which they would fight him and possibly discredit the man who God used to make him Governor in 2015.

The cabal is banking on the fact that Ambode being a former Governor and ex-Accountant General of the state, he would have documents to nail his former Godfather.

Already, Ambode has been telling whoever cares to listen that Tinubu should be ready for war as he (Ambode) has more than enough documents to nail him.

It was further gathered that the cabal has assured Ambode of being made the Secretary to the Government of the Federation (SGF) in 2023 after the exit of Buhari!

This medium learnt further that the cabal almost succeeded in making Ambode a Minister. “If not for pressure, Ambode would have been appointed a minister. The cabal put a lot of pressure on Buhari but another pressure group scuttled the plan and Ambode’s name was replaced with that of the former Speaker of the Lagos State House of Assembly, Senator Olorunnimbe Mamora at the last minute,” sources revealed.

This medium learnt further that some close associates of the former Governor have been frequenting the seat of power in recent time.

The recent advertorial in the Punch newspaper detailing the sins of Ambode by Eko Heritage Group was meant to preempt the plan by Ambode to release documents.

Investigations from those close to the former Governor confirmed that Ambode is still bidding his time with the intention of striking at the time he considers appropriate.