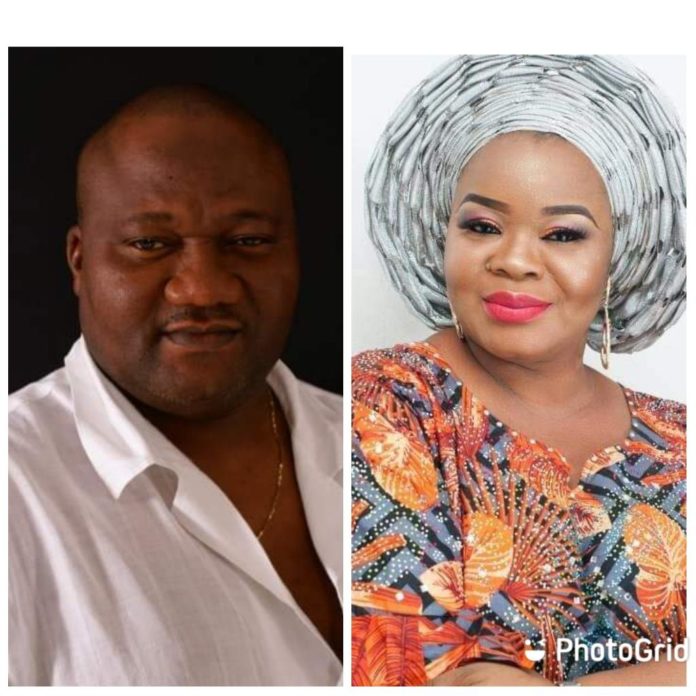 If information reaching JustNews is anything to go,  husband of top actress, Bimbo Oshin, Ola Ibironke better known as Dudu Heritage, is reported to have died.

The once popularly bulky Ilesha, Osun state born Ibironke, it was reported slumped in the late hours of Sunday 12th September and died.

Dudu and Bimbo whose have two children together, contrary to popular belief, remained married and lived together in Ibadan till Dudu passed on.