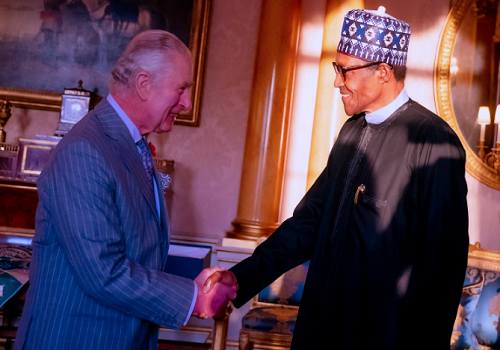 President Muhammadu Buhari met with the British monarch, King Charles III on Wednesday, at the Buckingham Palace in London, England.

Special Assistant to the President on Digital and New Media, Tolu Ogunlesi, confirmed the meeting with pictures of Buhari and his host, King Charles III.

As at the time of filing this report, there was no official narration from the Presidency on the meeting yet but it is believed Buhari was on courtesy visit to the palace.