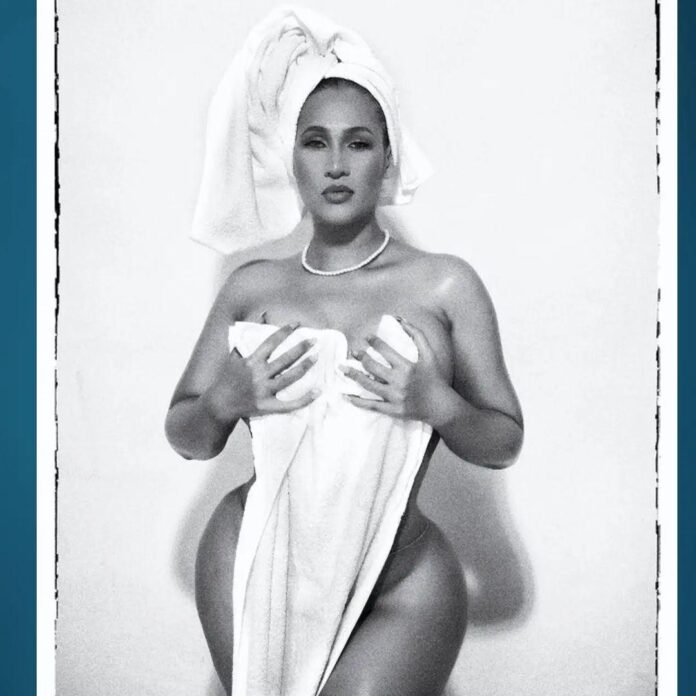 Caroline Danjuma, previously known as Caroline Ekanem, is a Nigerian actress. She made her screen debut in 2004.

She was married to billionaire Musa Danjuma. The union produced three children before the marriage packed up, ten years after the union was made official. Caroline, had after her separation from Dajuma been romantically linked with a few guys that include star singer, Oritshefemi and a Davido’s aide.

Upon releasing the picture in which she is unclad, reactions of all kind have trailed the picture. Some are of the opinion she may have gone under the knife to carry out butt enlargement  surgery, there posed almost nude to flaunt the alleged new curve.