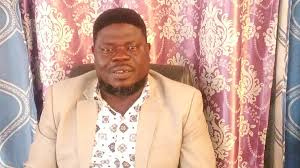 Apostle Richard Ankomah aka Tiger 88, the founder and leader of Panel Mighty Chapel, Ghana, has described as non-biblical, the rate at which pastors have limited their male members to marrying just one wife.

He advised pastors to desist from hypocrisy and allow male church members who are financially stable to marry more than one wife, hence advocating for polygamy.

Ankomah revealed that single marriages that are limited to male church members are one of the things that are sending most people to hell. He stated that it is very shocking to note that most married men such as church elders, pastors, and other church members have extra-marital affairs due to the fact that they are not allowed to marry in addition. He said they do such things in secrecy to avoid being caught, and that poses more danger.

He noted that most women are still frustated because of their single status based on the fact that they outnumber the men in terms of population.

Kayode Ajulo: Osinbajo most experienced, duly primed for the job of Nigeria’s president