The name Prince Tope Adeniyi Ayibiowu might not ring a bell across the society like that of music star but certainly not in some quarters within the Lagos metropolis where he’s based. Prince, as the handsome and trendy dude is fondly called, is a socialite who is also familiar with trends in the entertainment world.

However, beneath his fun loving veil is a brilliant, hardworking dude who will not be found having fun at the expense of his duty, and this explains how he was able to rise to enviable height an employee of the equipment  giant, Mantrac. Tope, for many years served diligently at various capacities with Mantrac.

As it is known that whatever that has a beginning must have an end, so has official relationship between this dude and Mantrac has come to  an end, though on a great note as Adeniyi made his exit in a glorious manner.  Meanwhile, having gone on a well deserved vacation around the world immediately after his exit, he has since returned to float his own outfit, CrownChild & Associates. The outfit deals in sales of heavy duty generating plants, repairs and sales of parts.  In the same vein, the Ekiti born graduate of Lagos State University, LASU also floated another outfit that is into traveling processes, the outfit is called Root Cap Limited. Since the official take off, their Oregun based office has not ceased to have beehive of activities. 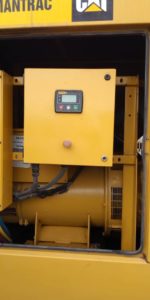