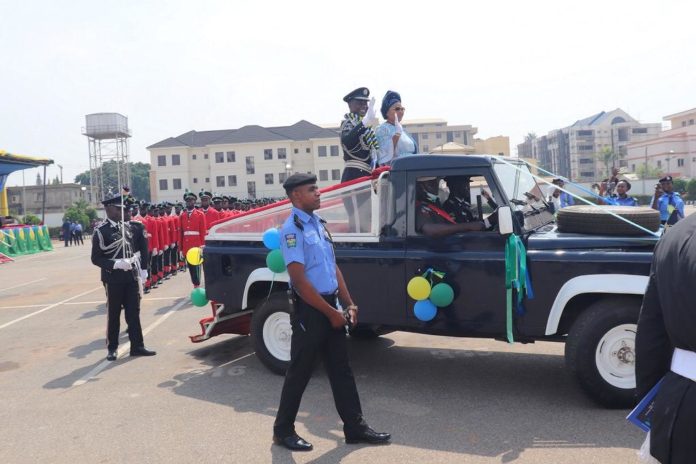 Deputy Inspector General of Police, DIG David Femi Oyebanji Folawiyo, psc (+), BESS, mni, today, 24th November, 2021 bowed out of the service of the Nigeria Police Force after successful completion of his statutory years of service to the nation. DIG Folawiyo was pulled out in a glamorous and colourful Pull-Out-Parade ceremony organized by the Force in his honour at the Force Headquarters, Abuja. 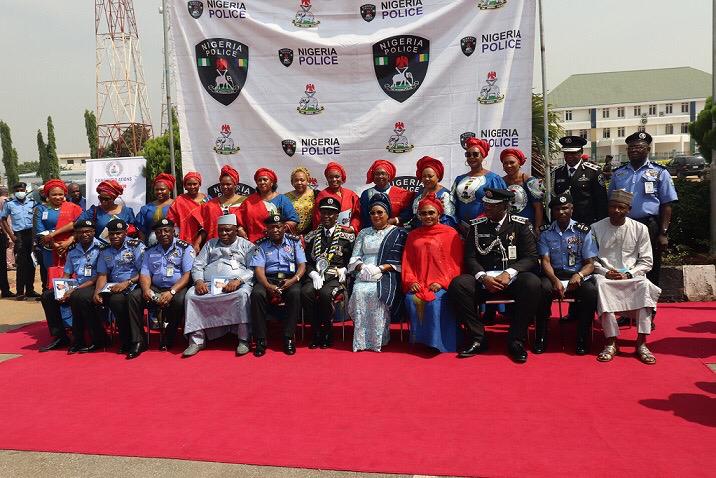 2. The Inspector-General of Police, IGP Usman Alkali Baba, psc (+), NPM, fdc, while felicitating with the celebrant on his meritorious retirement from the service of the Nigeria Police Force stated that DIG Folawiyo, a very fine officer and astute Member of the Force Management Team under the current Police leadership, will be greatly missed for his invaluable contributions in advancing the course of peace, public safety and security in Nigeria.

3. DIG David Folawiyo, a member of the prestigious National Institute of Policy and Strategic Studies, joined the Nigeria Police Force in March, 1988 as a cadet Assistant Superintendent of Police (ASP). A holder of a Bachelor of Arts degree in English and a master’s degree in International Relations, DIG Folawiyo served the Force, humanity and the nation at large in various capacities within and outside Nigeria since his commissioning and rose through the ranks to become a Deputy Inspector General of Police, a position that availed him the opportunity to serve as a member of the Nigeria Police Force Management Team and coordinating DIG in-charge of the South-West Geo-Political Zone. Amidst his numerous professional deliveries, he will be remembered for his passion in coordinating and facilitating the development and approval of the ICT POLICY for the Nigeria Police Force while he served as the Deputy Inspector General of Police, Department of Information and Communication Technology (ICT).

4. Meanwhile, the IGP has approved the posting of Ag. DIG Johnson Babatunde Kokumo, mni to the Force Headquarters, Abuja as Member of the Force Management Team and coordinating DIG in-charge of the South-West geo-political Zone of the country. Ag. DIG Kokumo, who until his recent elevation was the Assistant Inspector General of Police (AIG) in-charge of the Zone-2 Headquarters, Lagos, takes over from DIG David Femi Oyebanji Folawiyo, psc (+), BESS, mni, and would be heading the Department of Research and Planning of the Force.

5. The IGP, on behalf of the Force Management Team and entire personnel of the Force, appreciates the retired DIG, David Femi Oyebanji Folawiyo, psc (+), BESS, mni, and wishes him a fulfilling life in retirement.