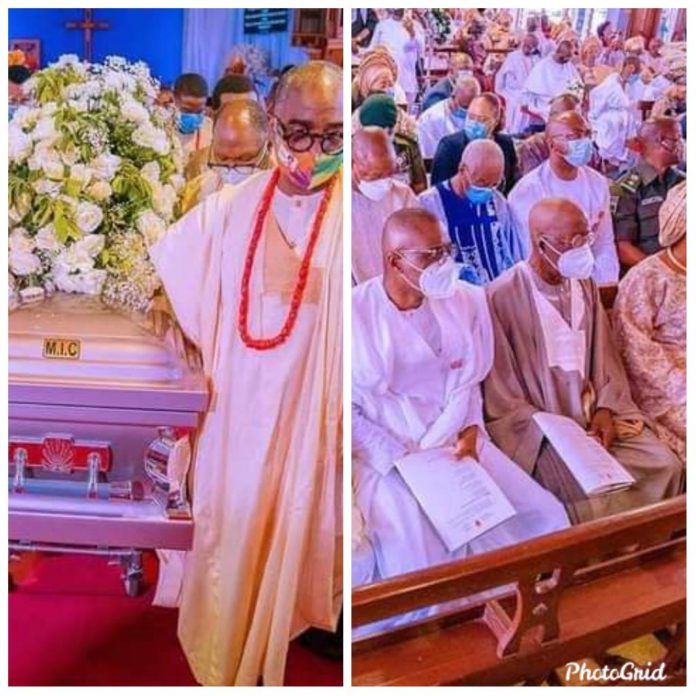 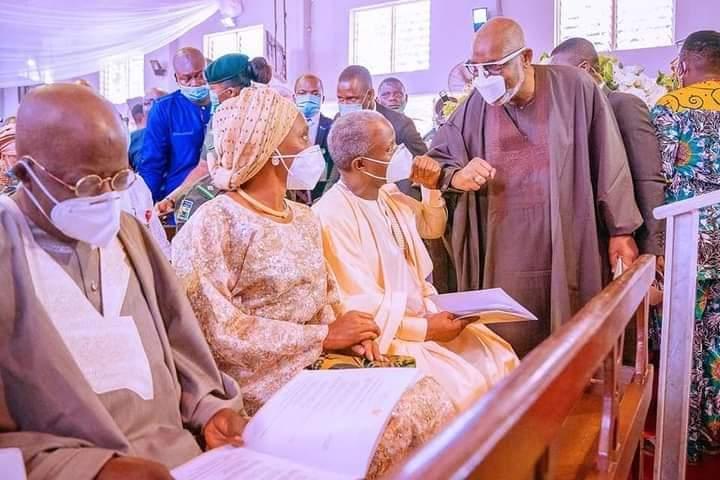 The burial, which was held at All Saint’s Church, Jericho, Ibadan, also attracted captains of industry, academics and other personalities.

Delivering the sermon, the retired Archbishop of Methodist Church, Nigeria, Most Reverend Ayo Ladigbolu, said the deceased Reverend (Mrs) Omotola Oyediran took after her parents, Chief Obafemi Awolowo and Mama H.I.D Awolowo, in her service to humanity, kindness and integrity.

He recalled that the virtues of Awolowo’s family really rubbed off on her exceptional traits through the immense impactful life she lived.

In his sermon titled: “Celebrating Saintly Womanhood as a Tool for Nation Building”, taking a Bible reference from II Timothy 1:5, the retired cleric said “Today, we gathered here to celebrate a pious, righteous woman, who symbolised a tool for nation building.

“We are celebrating a woman from great parentage. While celebrating Oyediran, we cannot forget the influence and massive impacts of her parents on the citizenry. Whatever attributes God had endowed Oyediran with, she got them from her parents.

“You have to ask yourself what kind of parents are you to your children. What examples are you setting for them? What are you teaching or depositing in your children? What will your children be able to say about you? While we are talking about life and times of Oyediran, I am seeking to talk to Nigerians to rise up and redeem this country as Reverend Oyediran had sought to do.

“I am aware that there was a time we were ruling this country with power over women. We are now in an era we are in power with women. That concept is the most proactive way of maximising womanhood for the benefit of our motherland. Womanhood is the origin and source of births, multiplicity and growth. Women in Nigeria are naturally durable, dynamic, resourceful and industrious.”

Recalling the exploits of great Nigerian women, such as the late Olufunmilayo Ransome-Kuti, Madam Tinubu, Efunsetan Aniwura, Moremi Ajasoro, among others, the clergy said: “Today, we are celebrating a woman of virtues and valour who gave much love and support from her home base to Nigerians.

“My sermon today emphasises the significance of women in redeeming Nigeria from its myriad of problems and place it on a solid rock. The women are in charge of us men, even when we suppress and oppress them. Omotola Oyediran was born great and lived great and she is being buried gloriously.

“She was able to do much and achieved greatly because she embraced Jesus as her saviour and Lord. She really loved her husband, Professor A.B.O Oyediran. She succeeded not only in nurturing her siblings, but also raised to herself exceptional children for the world to applaud. She was a freedom fighter and human rights activist.”