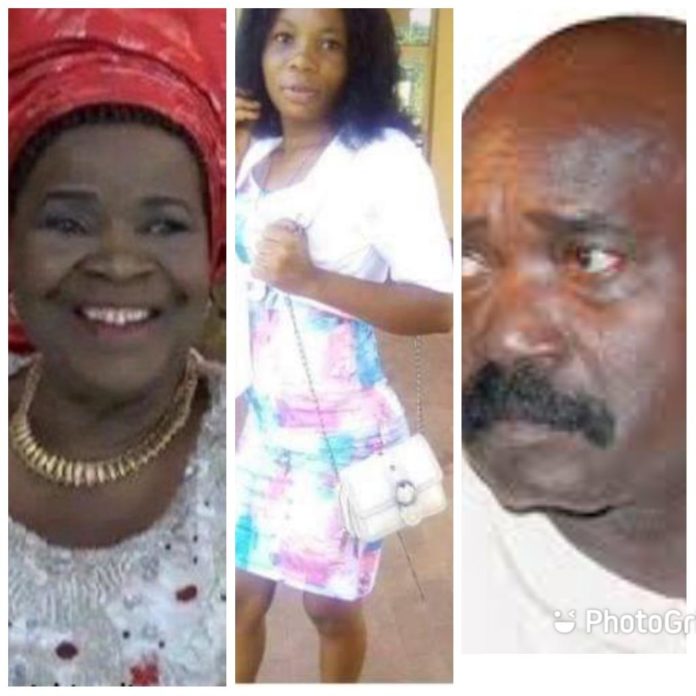 There are indications that Maria Oredola Igbinedion, the mother of former two-time Governor of Edo State, Lucky Nosakhare Igbinedion did not die naturally, but was strangled by her housemaid, now on the run.

The 85 year-old woman was strangled by her yet-to-be-named house maid, at her residence in Ugbor, GRA, Benin-City, the State capital.

It was further learnt that the maid who hailed from Cross River State, ransacked the deceased home for jewelries and money and later ran away.

Maria Igbinedion who had remained confined to a wheel chair since her 80th birthday, managed to survive the dark days of the COVID-19 pandemic.

A close family source , told our correspondent on phone that security forces have been alerted with a view to tracking the runaway suspect down.

“Any amount, I repeat, any amount will be paid for information leading to the arrest of this girl. She is a murder suspect and is wanted by the police and Benin people,” he said.

The police are yet to confirm whether they are working on the murder theory.

Efforts to seek confirmation from the State Police Command spokesman, SP Kontongs Bello failed, as his phone was switched off.

Maria Oredola was the first wife of the Esama of Benin Kingdom, Chief Gabriel Igbinedion.

She is survived by her husband, former Governor, Lucky Igbinedion, Bright Igbinedion, Charles Igbinedion and Mabel Amadin and many grandchildren.

Meanwhile, burial arrangement for the Octogenarian has been announced by the family

According to the burial programme sighted Friday night in Benin, service of songs will be held for the deceased on Thursday, 9 December, 2021.

She will be interred on Friday, 10 December, 2021, after a funeral service at St. Augustine Catholic Church, by Water Resources Off Ugbor Road, in Benin.