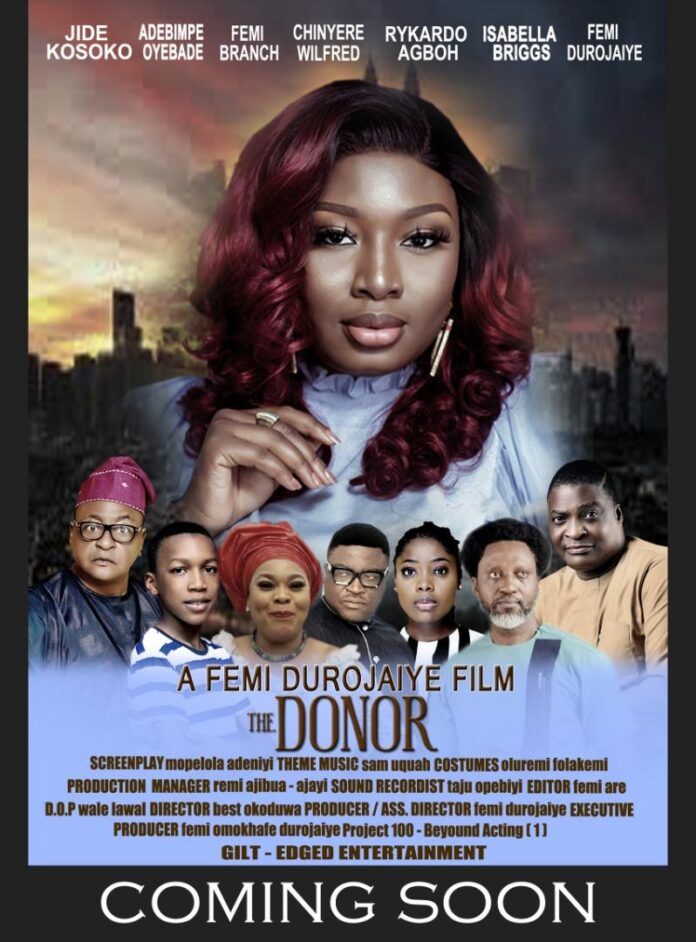 JustNews can report that lovers of good movies have been handed avenue, through which they can view the new effort from the stable of Gilt-Edged entertainment, The Donor.

The much anticipated movie parades A- list stars like, Jide Kosoko, Femi Brannch, Bimpe Oyemade and Femi Durojaiye. Also in the cast are, Rykardo Agboh, Chinyere Wilfred and Isabella Black-Briggs. 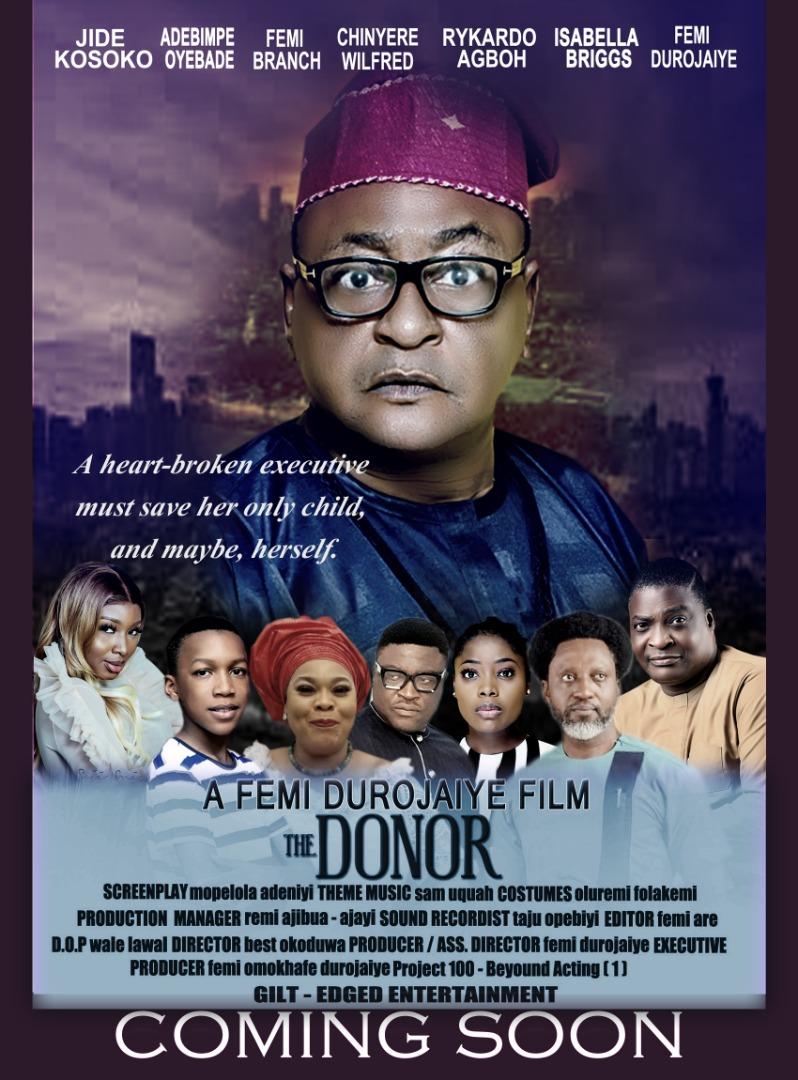 The movie also featured seven new actors of Durojiye’s pet project, Project 100 – Beyond Acting. One of them is Isabella Black-Briggs, who played one of the lead characters.

The Donor is an exciting story centered on a broken-hearted MoBimpe’s journey in finding true love again.

“I Own My Style and Content 100 Percent” …Ace Juju Singer, Dotun Future