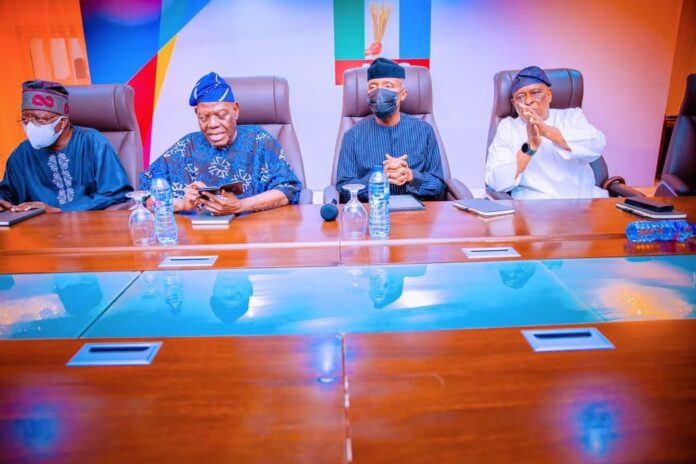 Vice President Yemi Osinbajo two days ago sought a postponement of the Southwest All Progressives Congress Leaders’ meeting with presidential aspirants from the zone from Friday till Saturday, claiming Friday was not convenient.

WesternPost, however, reliability learnt the leaders and conveners of the meeting stuck to their guns insisting on Friday as originally planned.

When it appeared Friday was sacrosanct and not attending may draw negative publicity for him, Vice President Yemi Osinbajo who is a presidential aspirant now went for an alternative plan: to take over security at the venue of the meeting.

Feigning he was not sure of his security at the State House Marina belonging to the Lagos State Government, his advanced team of security officials tried to take over the security of the premises.

This caused quite a stir at the State House Marina.

But the Lagos State Governor, Babajide Sanwo-Olu’s team resisted the invasion and insisted they had to be in charge. There was some uproar. But situation quickly returned to normalcy.

It should be recalled that a group of lawyers under the banner of Progressive Lawyers for Osinbajo issued a statement yesterday that was signed by its leader, Dr. Kayode Ajulo with a position that the Vice President will not attend the meeting because of the venue and conveners which they claimed would be neutral.

Ajulo called for a separate meeting of Yoruba leaders outside the APC leadership to intervene in the matters of 2023 presidential elections.

“I Own My Style and Content 100 Percent” …Ace Juju Singer, Dotun Future